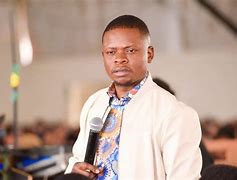 A Malawian pastor based in South Africa, Shephard Bushiri, and his wife Mary are to remain in police custody after they were arrested over money laundering.

The self-proclaimed prophet and his wife were arrested almost two weeks ago and their bail application hearing has been postponed again to Wednesday.

The pastor’s team tweeted thanking his followers for their support:

The Bushiris are facing charges of fraud, theft and money laundering of up to 100m South African rand ($6.1m; £4.7m).

The state during bail application says the accused will abscond if freed on bail.