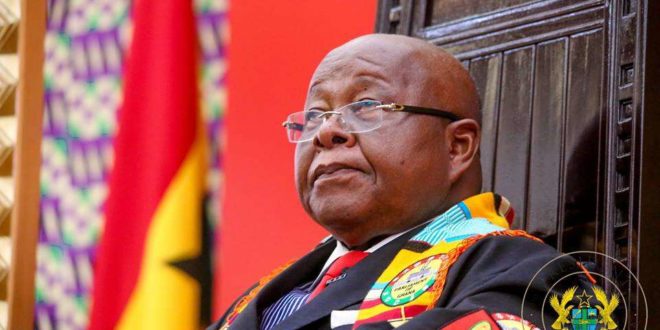 Professor Aaron Mike Oquaye has been retained as Speaker of the 8th Parliament.

This was after consultation with the Council of Elders of the New Patriotic Party (NPP) at Alisa Hotel in Accra.

He also added that, Majority leader, Kyei Mensah Bonsu was retained and his deputy will be Member of Parliament for Effutu, Alexander Kwamena Afenyo Markin.

The 7th Parliament under the 4th Republic is expected to be dissolved by midnight on Friday.

Aaron Mike Oquaye was born April 4, 1944 is a Ghanaian politician who served as the Second Deputy Speaker of the Parliament of Ghana between 2009 and 2013.