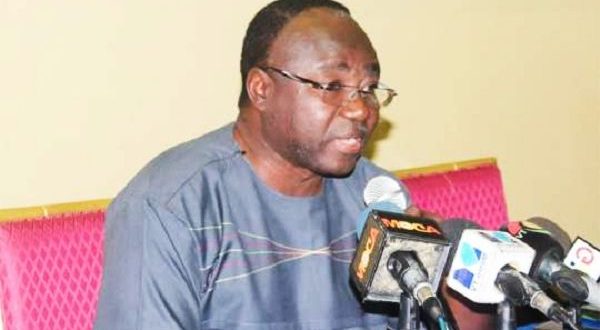 The Public Procurement Authority (PPA) has saved the country a total of GH¢1.9 billion between April 2017 and December 2018 as a result of the adherence to due diligence in public procurement, the Chief Executive Officer of the authority, Mr A. B. Adjei, has announced.

He said the amount was saved following contracts the authority received from some public entities for approval under both sole sourcing and restrictive tendering within the 21-month period.

“This is money that has been freed to finance other areas of the economy and we are in the business of preventing waste of State resources,” he stated.

Taking his turn at the meet-the-press series in Accra yesterday, Mr Adjei said: “In 2018, we made net savings to the State to the tune of GH¢1,164,269,574.85 and GH¢800 million in 2017 from single sourcing and restricted tender applications received, bringing the total close to GH¢2 billion.”

He used the event to brief the press on some of the programmes and activities of the PPA, as well as other critical issues confronting the authority as far as its operations and communications with the general public in recent times were concerned.

Mr Adjei said shortly after his appointment in 2017, the authority introduced a couple of purpose-driven initiatives to enhance value addition to the operations of the authority.

The initiative, he said, had contributed significantly to enhancing the credibility of the authority’s operations, leading to the ultimate realisation of significant savings for the country.

For instance, he said the COCOBOD, in 2019, made an application for an approval to procure agro-chemicals through single-source procurement for its cocoa CODAPEC/Hi-tech programme.

He added that on October 20, 2017, the authority also received an application from the Quality Control Company Limited to use single sourcing to procure various types of vegetable oil (Rapseed oil) for their disinfestation operations (fogging) at an estimated sum of GH¢9,292,000.

The CEO announced that his outfit was currently implementing on a pilot basis the long awaited e-government procurement system known as GHANEPS in five public procurement entities, namely the Ghana Health Service, the Department of Feeder Roads, the Koforidua Technical University, the COCOBOD and the Tema Metropolitan Assembly.

“It is our hope that the system will be formally outdoored in the coming weeks,” he said.