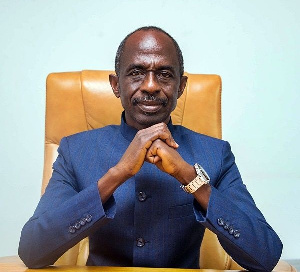 Share
Pressure is mounting on the National Executive Council (NEC) of the National Democratic Congress to reverse its decision to reconstitute the leadership of the NDC caucus in Parliament.

Some two MPs on the ticket of the NDC have spoken publicly against the decision by NEC and are demanding the immediate reinstatement of Haruna Iddrisu and Muntaka Mubarak as Minority Leader and Minority Chief Whip respectively.

The Member of Parliament for Tamale Central, Ibrahim Murtala Muhammad was the first MP to issue an angry reaction to the decision by NEC.

Speaking on Asempa FM, Murtala Muhammaed expressed the hope that the decision will be reversed and that Haruna Iddrisu and Muntaka Mubarak will have their roles handed back to them.

According to him the caucus is happy with the performance of the Haruna Iddrisu and Muntaka and would want them reinstated.

“The timing is completely wrong. What is the basis for changing our parliamentary leadership?

Cletus Avoka, the Member of Parliament for Zebilla East Constituency questioned the timing of the decision and rationale behind it.

“Our focus should be a collective effort against the NPP for the next two years. Now you are going to have low morale in Parliament. The new leadership will now have to learn to ride leadership both in Parliament and the outside world and that will require time. That will retard the progress of the NDC in its bid to regain power from the NPP in 2024.

“This is unstrategic and didn’t have to come out at this time. We need the effort of everybody to fight for the 2024 elections. The timing was not the best. I will recommend that the NEC will withdraw the letter and reinstate them and also want the new leadership to step down in the interest of the caucus.”

The Tamale South Constituency Chairman of the National Democratic Congress (NDC), Abdul Rauf has also rejected the decision of the NEC, demanding the immediate reinstatement of the Haruna Iddrisu.

“We would not accept this decision. Asiedu Nketiah is responsible for this. Asiedu Nketiah, I want to remind you today, when you became the general secretary, you did not have a pesewa to give to anybody but we gave the chairmanship to you.

“Now you are a big man, you want to punish people. What nonsense. If you are national chairman and so what. Asiedu Nketiah, I want to tell you, I am the constituency chairman, I don’t care about you or Fifi Kwetey,” he said.

Meanwhile Joy New is reporting that the National Executive Council of party will meet the minority caucus in the coming days to iron out issues arising out of the move.

Previous All Set For “I AM INVESTIBLE (iAi)” Project Launch
Next Ghanaian couple whose son has been President, minister and MP 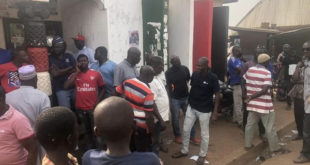