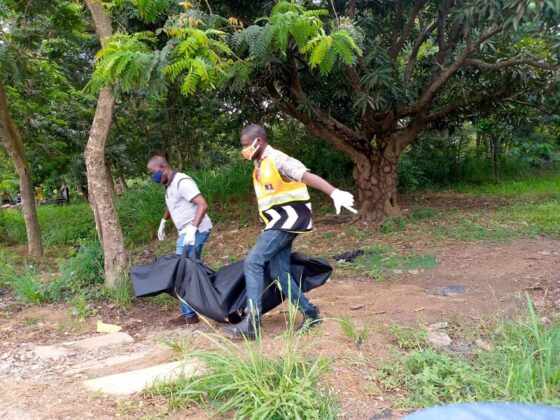 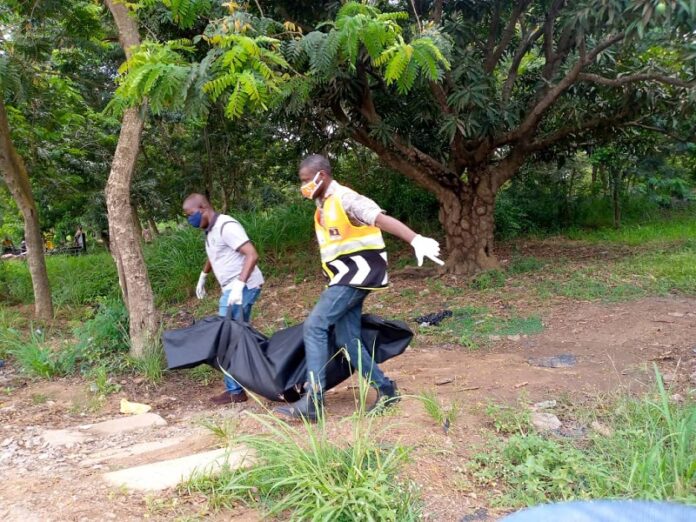 A pregnant woman believed to be in her 40’s has been killed while the unborn baby was removed from her belly at Ekumfi Akwakrom in the Ekumfi district in the Central Region.

Reports say the woman is not known in the community and was only seen in the area on Thursday evening suspected to have visited a resident.

The woman’s unborn baby was placed beside her with one of the baby’s legs chopped off lying in a pool of blood.

Eyewitnesses said they saw the deceased on Thursday evening only for them to see her lifeless body early Friday morning around 6:00 am.

They believe she was knocked down and run over by a runaway driver.

Other accounts also suspect some unscrupulous people killed her and removed her unborn baby.

Meanwhile, the case has been reported to Ekumfi Esuehyia Police for investigation.