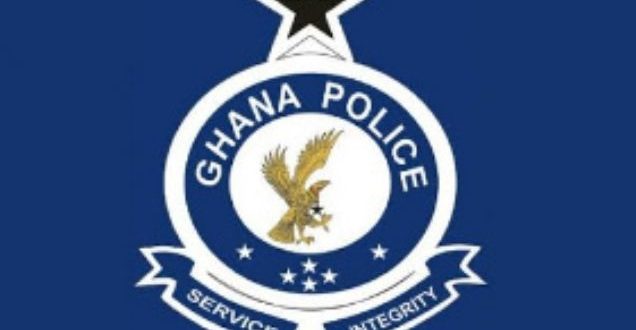 The Ghana Police Service has announced that it has arrested the armed robbers involved in a robbery on a VIP Bus that was bound for Kumasi, from Takoradi, on Sunday, February 20, 2022.

The police statement said that two of the robbers, who have all come to be known as the ‘pray for us’ robbers, have been killed while one other is in their custody, helping with investigations.

“‘Pray for us’ VIP Bus armed robbers nabbed; two dead, one in Police custody,” a tweet by the Ghana Police Service said.

The statement indicated that more details will be provided later.

Full details will be communicated in due course. pic.twitter.com/RKWq3BGiVS

Earlier, GhanaWeb reported that some 40 passengers travelling from Takoradi to Kumasi were stranded at the Anwiankwanta Police Station after the bus they were travelling on was attacked by armed robbers.

According to a report by 3news.com sighted by GhanaWeb, the passengers were attacked by a gang of five armed robbers at about 3:30 am on Sunday, February 20, 2022.

One of the passengers who spoke in an interview on Connect FM said their journey commenced at Abenbebom Station in Apremdo, Takoradi, around 10:30 PM on Sunday.

She noted that while on their way, their bus with registration number GT 57951-16 was stopped by the gang of five rifle-wielding robbers who were all masked up.

“At around 3:30 AM on Monday, February 21, 2022, about five armed robbers with rifles and other weapons attacked us and made away with our monies and other belongings. All of them were wearing masks,” she narrated to host Nhyiraba Paa Kwesi Simpson.

According to the victim identified only as Ekua, the robbers, after taking possession of monies and items belonging to the passengers, asked that their victims intercede on their behalf in prayer as becoming robbers was not a subject of their will but circumstantial.

“After the robbery, they asked us to pray for them because it was not their will to stop vehicles on the highway and rob passengers of their belongings, but the system has compelled them to do so,” she added.

Another victim noted that he lost an amount of GH¢8,500 in a bag he was carrying to the robbery gang.

“I’m a driver, and I was going to buy an engine for my vehicle at Kumasi. My mobile money phone was last week stolen by another set of armed robbers at Kintampo, so I decided to carry the money in my bag, but unfortunately, I have been robbed again,” he added.

Meanwhile, the driver of the long journey bus, Agya Owusu, narrating how the incident occurred, has stated that he was rendered powerless under the circumstance.

“When I got to Fomena, I saw a driver alerting me with his light that there was danger on the road. I became confused and stopped the vehicle for about five minutes. I realized no vehicle was coming again, so I decided to continue my journey. When I moved forward for some minutes, I saw a Sprinter bus on the road with passengers lying on the ground. This is where I realized armed robbers were on the road. There was nothing I could do again because they were very close. They attacked us and took all our monies. They took my GH¢3,400,” the driver said.

It must however be stated the the management of VIP issued a disclaimer to the effect that they did not have any such bus attacked on that day although the police reports says otherwise.