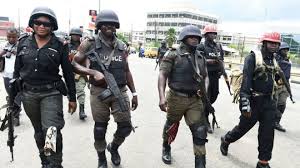 He recalled that on March 9, 2020, at about 23:30 hours, bandits in their numbers, armed with AK 47 rifles, stopped an 18-seater bus with registration number ANK 72 XA, and kidnapped all 18 passengers.

Isah disclosed that the Divisional Police Officer (DPO), Makera Division and the joint security patrol team responded to the distress call and arrived timely at the scene.

“On arrival, the team searched into the nearby forest and rescued 14 passengers made up of nine would-be NYSC corps members and five other passengers.

“Four potential corps members and one other passenger were whisked away by the fleeing bandits”, the spokesman said.

“The search party led by the Police and Nigerian Army in collaboration with repentant bandits went after the bandits up to Doka forest in Faskari local government area of Katsina State.

“Subsequently, today March 11, 2020 at about 09:00 hours, the team succeeded in locating the camp of the kidnappers, engaged them in a fierce gun duel that led to the killing of six kidnappers and rescued the remaining four would-be corps members and the other person”.

The team recovered one AK 47 rifle, one LAR rifle, seven rounds 7.62mm and 12 rounds of 7.67mm ammunitions from the bandits.

The Police added that all the prospective corps members have been moved to the Zamfara NYSC camp in Tsafe.