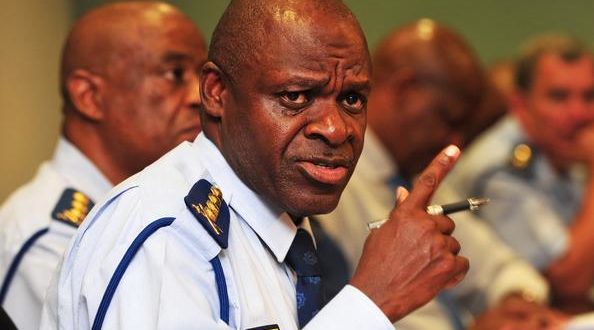 Naidoo said Sitole underwent a test on Monday, after coming into contact with a member of the South African Police Service (SAPS) who tested positive for Covid-19.

“General Sitole is not showing any signs or symptoms of the virus at this stage,” Naidoo said.

Naidoo said Lieutenant General Sindile Mfazi will in the meantime act as the police commissioner until further notice.

Sitole said: “I have undergone various other tests as well and my doctor is satisfied that it is not necessary for me to be hospitalised, instead he has prescribed certain vitamins and ordered that I immediately self-isolate for at least a period of 10 days.”

Naidoo said Sitole has immediately gone into self-isolation and is self-medicating.

“The member with whom the National Commissioner had come into contact is also in self-isolation and is doing well,” Naidoo said.