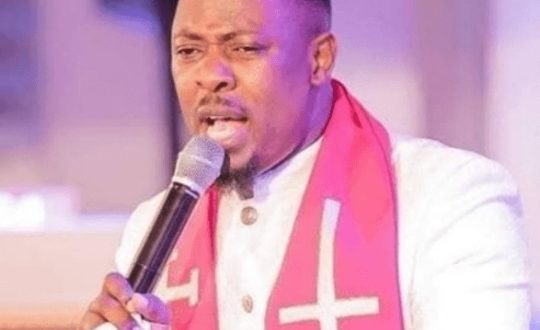 Share
The Ghana Police Service has reportedly cancelled an invitation extended to the founder and leader of the Prophetic Hill Chapel, Prophet Nigel Gaisie.

It will be recalled that GhanaWeb on February 23 reported that Prophet Nigel Gaisie had received an invitation from the Criminal Investigations Department of the Ghana Police Service.

The invitation by the police according to GhanaWeb sources was in relation to some prophecies issued by the man of God during his end of year Watch Night service held on December 31, 2021.

Prophet Nigel was expected to report to the CID headquarters in Accra on Monday, February 28, 2022, to answer questions on his prophecies.

However, a February 24, 2022 statement from the church indicated that the invitation by the police has been cancelled.

This according to the church was communicated to them via a telephone call from the CID Headquarters.

“Elders, board members and the entire management of the Prophet Hill Chapel sincerely wish to inform all members, the Body of Christ and the larger Ghanaian populace that the planned Monday 28th February appearance of Senior Prophet Nigel Gaisie at the Police Headquarters has been cancelled.

“In the afternoon of Thursday 24th February, our Senior Prophet received a telephone call from the CID Headquarters of the Ghana Police Service indicating that further instructions have come for them to stand down the invitation,” part of the statement read.

It further reiterated that their leader, Prophet Nigel Gaisie would not — do anything to compromise the peace and security of the country.

“We reiterate that Prophet Nigel Gaisie is a responsible citizen of Ghana and will not do anything or say anything to undermine the peace and security of this country. As a Prophet of God, he is committed to the building of a cohesive society,” the statement added.