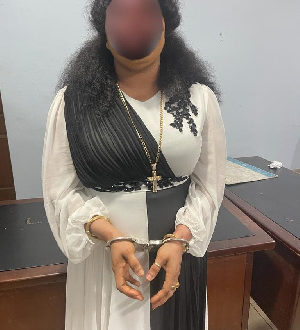 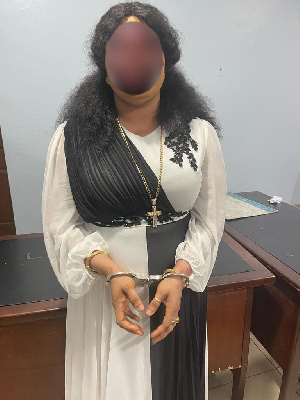 This was announced in a statement by the Service shared via its social media handles on Sunday, October 9, 2022.

“The Police have arrested Patricia Asiedua alias Nana Agradaa following allegations of money doubling scam levelled against her by some members of the public. The suspect is currently assisting police investigation,” the statement said.

Nana Agradaa’s arrest comes on the back of allegations made by scores of her church members, who claimed that she had scammed them after an all-night service.

The former fetish priestess had advertised in a viral video that she was going to give out monies to people who would attend her all night church service on Friday, October 7, 2022.

Things however did not go as planned for many of the people who attended the service as many of them cried foul that they had given out monies to her but she failed to keep to her side of the agreement.

She eventually is reported to have sent the people away from the church, prompting the alarms they raised online.

The police have since called on all persons who were affected by the supposed scam to report to the Accra Regional Police Command to help with the investigations.

“Anyone who is a victim of the alleged money doubling scam should report to the Accra Regional Police Command for further action to assist the investigation,” it added.