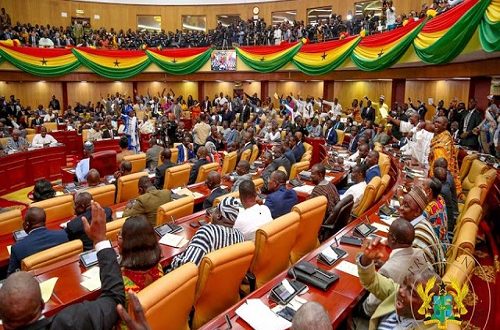 Parliament has passed the “Plea Bargaining Bill” to amend the Criminal and Other Offences (Procedure Act), 1960 (Act 30).

Initiated by Attorney-General and Minister for Justice, Godfred Yeboah Dame, the Bill will see to the formal incorporation of plea bargaining firmly into the administration of justice in Ghana for the first time.

The Bill laid in Parliament a few months ago was passed by the 8th Parliament of the 4th Republic on June 24, 2022, after intense review by both sides of the house.

By this amendment to the Criminal Procedure Act – plea bargaining will be permissible in all cases, especially misdemeanours.

Plea bargaining is a process in criminal justice prevailing in other jurisdictions, where an accused person relinquishes the right to go to full trial in exchange for some other benefit.

While plea bargaining may result in the withdrawal of charges entirely in exchange for a promise to assist in the prosecution of others, most plea bargains end in a conviction either for one or more of the offences charged or for a lesser offence of which the accused could have been convicted at a trial.

For the State, the benefits of plea bargaining, as explained by the Attorney-General to Parliament before the second reading of the Bill earlier in March this year, including a reduction in the caseloads of the courts and of prosecutors, saving the State time and money through avoiding long and protracted trials, decongestion of the prisons due to reduced sentencing, aiding in the reform of accused persons and the satisfaction of victims of offences through compensation and restitution in addition to the punishment of the accused.

Even though some form of very limited opportunities in respect of very few offences existed for plea bargaining, this is the very first-time plea bargaining is formally introduced into Ghana’s criminal justice in respect of all offences, except a few that have been spelt out in the amendment to the Criminal Procedure Code passed by Parliament on June 24.