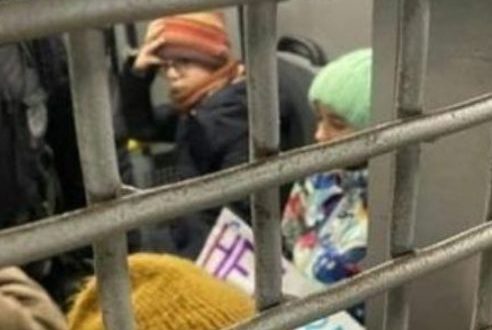 Ilya Yashin shared what appeared to be a picture of three children holding a placard in the back of a police van on social media.

It comes as thousands of Russians took to the streets to oppose Vladimir Putin’s brutal war in Ukraine, despite a police crackdown on demonstrations.

Almost 7,000 people have already been detained in as many as 50 cities, according to the human rights project OVD-Info.

Tweeting pictures of the primary school aged children, Mr Yashin said: “Nothing out of the ordinary: just kids in paddy wagons behind an anti-war poster. This is Putin’s Russia, folks. You live here.”

One of the children can be seen holding a sign which translates as ‘no to war’.

“I am sure that the Kremlin propaganda will now raise a war: do not involve children in politics! They are to blame!

“I don’t know how these kids ended up at the protest. Maybe they came by themselves, maybe with their parents.

“But in fact, many generations in our country (were) taught from the school bench that the worst thing is war, and the main value is the peaceful sky above the head.

“I remember very well how in my native Tushin school N172 we used to draw anti-war posters and stengazets behind the desk. And that’s ok!

“Children against war is damn normal! Children should absorb anti-war ideas with breast milk. And now this is equal to extremism – and this is madness.”

It comes as a 40 mile-long Russian armoured column closes in on Kyiv as Ukraine ’s troops and citizens brace for a “medieval battle” to the death.

Kyiv citizens were ordered to leave or die as Russian forces prepared to launch “precision” strikes against the country’s domestic SBU intelligence agency in the heart of Kyiv. 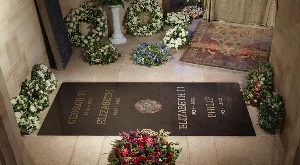