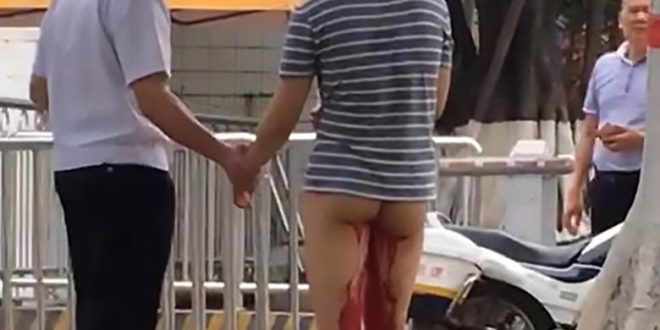 PHOTOS: Man cuts off his genitals after girlfriend mocked his small penis

A Chinese student chopped off his genitals after his girlfriend mocked him for having a small penis.

Footage shows the young man wearing nothing but a T-shirt, calmly standing outside Guangdong Peizheng College in south-eastern China.

Many students flocked to take photographs and film the man who was later rushed to hospital.

The college has now stepped in to try and stop rumours circulating on social media.

One social media conversation suggested the student took drastic measures after arguing with his girlfriend. 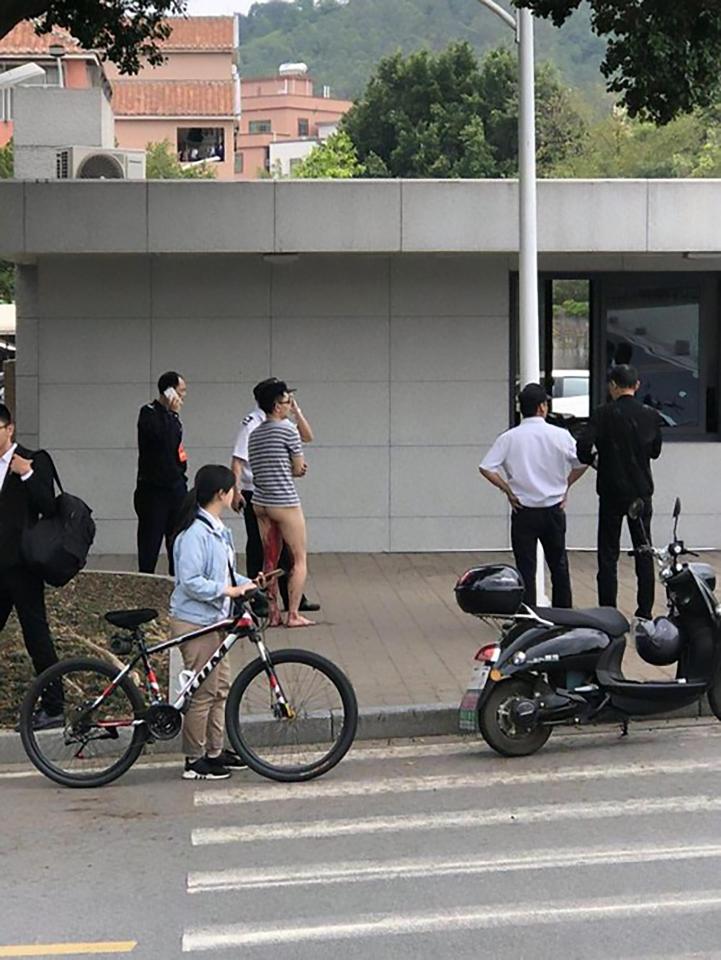 Another claimed he castrated himself after an unidentified young woman made disparaging comments about his endowment.

The young man was said to be in a “sober state of mind”, but there is no further information about his current condition.

The college could not confirm why he decided to hurt himself.

In a brief statement confirming that he had injured himself and that he was taken to hospital after the college was notified about what had happened.

This harrowing incident comes days after a student at a top university threatened to chop her lecturer’s penis off and shove it up his bum.

Stephanie Christol, 30, believed her professor was poking fun at her lack of sexual experience.