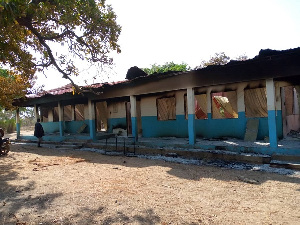 A 3-unit Junior High School block together with a storeroom and teachers’ office has been razed down by fire at Tarsor/Kulfuo Basic School in the Sissala East Constituency.

It was one of the newly commissioned facilities in the last adminstration.

The incident, according to sources, happened in the early hours of Monday, February 15, 2021 at around 3:00 am.

Consequently, the community helplessly woke-up to the horrible situation the following morning.

The cause of the inferno is not yet known.

In an interview with an opinion leader from the community, Mr. Haruna Waana he expressed that he was shocked concerning the time the building was burnt down by the fire, because “it only happened at a time the entire community was asleep if not we would have intervened to put it out”.

This, he further decried, “is going to deepen our woes because we’re already faced with inadequate classrooms in our community”.

Meanwhile, the Assistant Headmaster of the school, Mr. Adamu Dintie Mustapha he told GhanaWeb‘s Upper West Regional Correspondent in an interview that he together with his other staff as well as their stranded pupils woke up to the situation in disbelieve the following morning.

He has bemoaned that about 203 pupils are been affected by the situation, and that all their dual desks have been burnt together with other books kept in the teachers’ office and a storeroom.

Also, Mr. Adamu Dintie Mustapha has revealed that all their Personal Protective Equipment(PPEs) including facemasks, soap, hand sanitizers among others that were recently provided for the school by the Education Directorate have been burnt.

He however said he has duly informed authorities of the incident, and that some interim measures are being looked at particularly to get a place in a nearby community to use as classrooms for the JHS 1, 2 and 3 pupils while waiting for other immediate interventions.

He has therefore called on philanthropists, Non-Governmental Organizations (NGOs) and well-meaning Ghanaians to come to their aid. 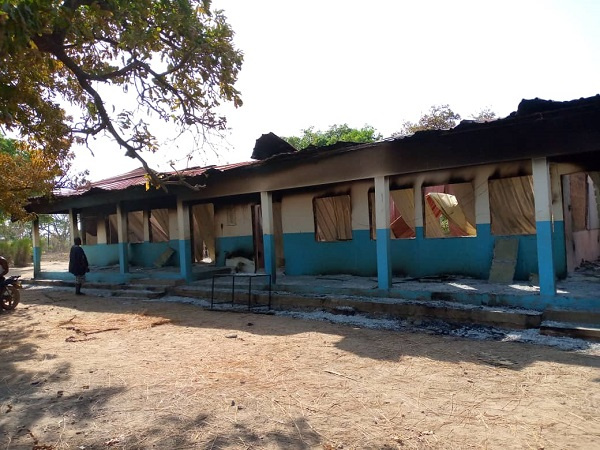 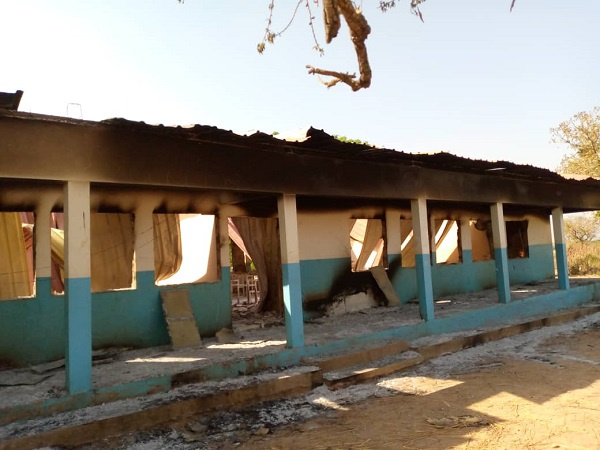