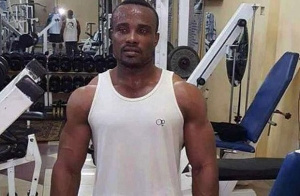 A popular phone dealer at Adum in Kumasi, who is believed to be in his 30s, has died mysteriously.

The deceased, popularly known as Figo, was not seen for two days. He was later found dead in his room. According to reports, there were blood stains in his nose and mouth as he lay motionless on his bed on Tuesday.

The bizarre circumstances under which he died are giving residents cause to read meanings into his death. Some people alleged that perhaps the phone dealer was strangled to death by unknown persons while others said they suspected that he was struck by an ailment.

Friends of the late Figo said they last saw him on Sunday evening after the Kotoko-Kano Pillars Africa Cup duel. Figo was not seen on Monday and Tuesday so some of his friends, who are also phone dealers, became suspicious.

According to reports, they visited Figo’s residence at Buokrom but his door was locked from inside. The door was forcibly broken into and surprisingly his body was found soaked in blood on the bed.

The police are investigating the case but no arrest has been made yet.