The Peace Ambassador of the Open Dove Children’s Foundation, Master Hillary Elliot Dogbe has urged the next generation of Ghanaian leaders to seek peace and strive for prosperity, for the long suffering masses in the country. 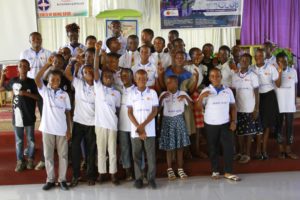 According to the 13 year old pupil of Hohoe Methodist primary school in the Volta Region, Peace accelerates national development therefore there is the need for the upcoming generation to seek for peace.

The development was followed by the successful project executed of the Think child think peace 2016 that saw over 12,500 schools children marched for peace in various destinations throughout the country.

The march was geared towards a peaceful 2016 elections. It was on this account that the peace Ambassador, Hillary Elliot Dogbe won the public peace prize for the youth’s category.

She said, it is the time for Religious Leaders, Parents, Teacher and other stakeholders to preach peace to their people to be able to deal with the pervasive spread of poverty in the country. 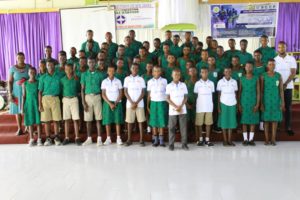 “If we are going to build prosperous country, we should have peace and those who would lead the country must seek and cherish peace,” She advocated.

The Peace Ambassador maintained that the club will be expanded to other communities in the Volta region and also to other regions in the country by close of 2019 to preach peace to Ghanaian people.

The Director of Open Dove Children Foundation (ODOCEF), Mr. Joseph Amoako Ansah explained that, the club will run through some selected primary and Junior High schools from now till the end of December, 2018 which will enhance and deepen their practical knowledge in contributing to the peace table. 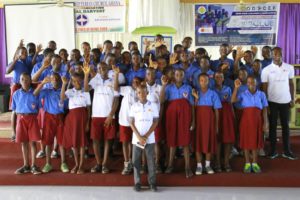 Mr. Amoako added that, the partnership is essential between the two since their core mandate is towards peace advocacy through education. He added That, Think child think peace project in both 2012 and 2016 contributed a lot in the peace building effort as well as towards the Nkonya and Alavanyo conflict  in the Volta region.

The municipal chief executive of Kpando, Hon. Elvis Dzankpo said the formation of the peace club in the municipality is a welcome initiative as he expects that through this, the next President and the late Kofi Annan alike would come from his municipality.

Meanwhile, the District Chief executive of Anfoegah Honourable Edmund Kwadwo Atta underscores the need of peace at a younger age to help build a better future and a peaceful environment for prosperity.

The Kpando municipal Social welfare Director, Mr. Divine Kwame Gati speaking to Gateway FM’s Christiana Ativi after the program assured that he will promote serenity in the teaching and learning environment. He therefore, appealed to other international bodies and financial institutions to come on board and support the goal of (ODOCEF).

A 52- year-old farmer, Uncle Amoah has committed suicide by hanging on a pit latrine …