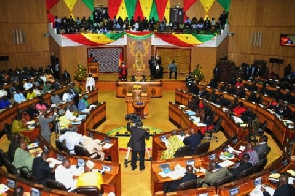 The Speaker of Parliament has on Tuesday December summoned the Ministers of Sanitation and Water Resources (MSWR) and Local Government and Rural Development (MLGRD) to appear before parliament not later than December 10, to answer questions regarding their delay in signing off-taker agreements with a number of waste management companies who have invested over 1.5 billion dollars in constructing waste management infrastructure such as faecal matter treatment and recycling plants to pave way for smooth operations.

This came up when a report of the joint committees of works and housing water, sanitation, environment and, local governments on the floor of parliament after a fact finding tour of landfill sites and waste management facilities in Ghana on Tuesday, December 2019.

Presenting the report,  the Committee Chairman and Member of Parliament (MP) for Upper Denkyira East, Hon. Nana Amoako said the joint committee had the opportunity to visit the  Kpone, Oti, Gbalahi and Takoradi Landfill sites and therefore declared the situation as a national disaster awaiting considering what they saw.

He said during the tour by the joint committee, they observed that generally there is a growing concern over sanitation and municipal solid waste management in the country especially in most of the major cities such as Accra, Tema, Kumasi, Tamale and worst of all Takoradi which he said was at alarming levels.

“Mr. Speaker, as a result of increasing population in these major cities, the rate of waste generation has been increasing rapidly according to the Environmental Protection Agency (EPA)” the MP stated and urged his colleague members to support and approve the report and help push the executive to take action about the sanitation problems facing the country.

Hon. Amoako told the house that their visit to the landfill sites which was an eye opener  was a proof to the fact that landfilling was no longer the best way to manage waste as a new innovation of an Integrated Recycling and Compost Plant (IRECOP) which was introduced by a private Ghanaian businessman they visited was proven to be more effective and efficiently sustainable.

The Member of Parliament for the Odododiodio Constituency, Hon. Nii Lante Vanderpuye who is also a member of the joint committee supporting the motion expressed worry that in spite of the hard work and innovations by the private sector, government had failed to sign any management agreements with them.

He mention for instance the Sewerage Systems Ghana Limited (SSGL) which has been operating for years, the Accra Compost and Recycling Plant (ACARP) and more that government has since failed to sign off-taker agreement for them to operate officially under the supervision of government.

In his view, Second Deputy Speaker of Parliament and MP for Asawase in the Ashanti Region, Hon. Muntaka Mubarak, parliament and government leadership have been massaging the sanitation conundrum meanwhile the reality is downing on the Ghanaian in the constituency.

He catalogued the efforts made by past presidents and the sitting president on sanitation which have not really impacted so much and called for a more serious and radical approach to the waste menace.

On the issue of the off-taker agreement, Mr. Muntaka said it is worrying that in Ghana, when a Ghanaian is doing something right leadership do not take them serious but are always quick to buy into foreign ventures which they sometimes pay double and in quicker terms questioning why government has not signed the off-taker agreement and therefore called for the sector minister of Sanitation and Water Resources and the Minister for Local Government and Rural Development to appear before the house and answer questions with regard to the delay in signing the off-taker agreement.

He believed a foreign company or entrepreneur would have long since taken the matter to the courts and a lot of money would have gone wasted and commended the private entrepreneurs responsible for the innovations for their patience.

Hon. Patrick Yaw Boamah, MP for Okaikwei Central, urged his colleagues from the minority side not to politicise the document when it is put in as a bill.

He said “this is a serious issue that borders on all of our people and it is my hope that when it is being processed as a bill, both sides will remain resolute in our consensus position”.

Majority leader and Member of Parliament for Suame, Hon. Osei-Kyei Mensah Bonsu supported the motion and quickly requested the joint committee to as a matter of urgency put the report in the form of a bill possible for legislation as they made reference to Article 103 (3) of the 1992 constitution for parliament to consider passing it into law. He was worried about the huge tonnage of waste of 4000 and 2500 in Accra and Kumasi alone and regretted that so much of such can be said about the other Metropolitan, Municipal and District Assemblies (MMDAs).

Mr. Mensah Bonsu decried the low fees charged by waste managers in Ghana which is as low as 4.5 USD compared to the World Bank benchmark of between 15 and 40 USD and wondered how they even survived and cautioned his colleagues not to see the matter as a tomorrow issue as it was already engulfing Ghana and therefore needed to be tackled head on with immediate effect.

Hon. Ahmed Ibrahim, MP for Banda Constituency who is also a member of the committee, said  in inviting the ministers the time frame should not exceed one week because the Kumasi and Takoradi landfills are a looming disaster and must be shut down immediately. 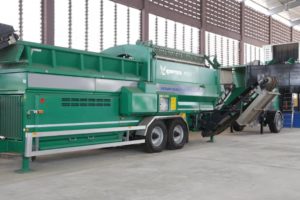 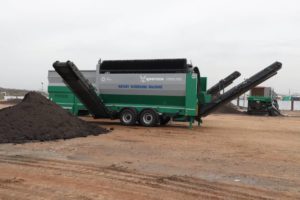 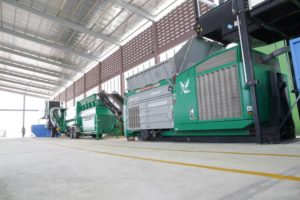 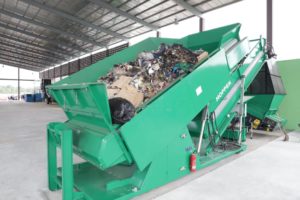 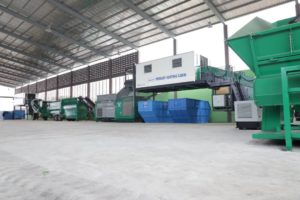