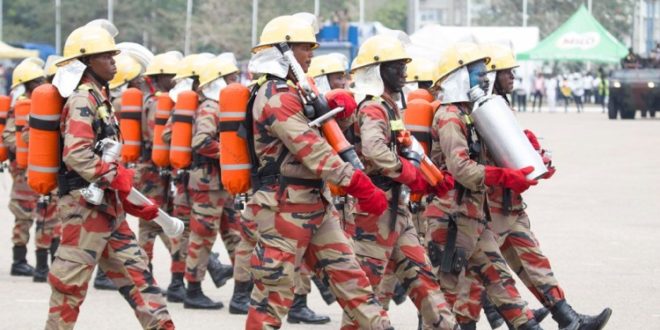 Over one thousand recruits of the Ghana National Fire Service (GNFS) have been asked to go home without pay by authorities until further notice without being paid any allowance during their 3-month intensive service to the nation.

A letter intercepted by MyNewsGh.com and signed by Edwin Ekow Blankson, Chief Fire Officer revealed that  the affected persons were among the forth batch of cadets and recruits undergoing training in all the regions who have been asked to stop henceforth

Some aggrieved recruits and cadet officers say they saw the letter circulating on social media which they later confirmed from their authorities to be true stating that “The attachment period for all prospective recruits and cadets in the fourth batch who are currently attached to the various Fire Stations in the regions ends on Friday, 5 April, 2019”.

The letter further directed the batches 1st, 2nd and 3rd batches who have received appointment letters and are being  paid allowances to remain at post.

The letter is dated 1st April,  2019 states categorically that only recruits whose documents can be authenticated will be called back for training which implies that those who rendered service for 3 months and could not  meet  the requirements will have no allowance.

According to the sacked recruits, they have been unfairly treated since they have not been paid a dime ever since they were engaged for attachment in November/December 2018.