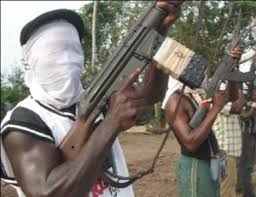 Over 100 passengers robbed by armed men at Potsin Junction

Over 100 commuters including market women have been robbed by armed men on the Accra-Cape-Coast highway.

The unfortunate incident occurred around 6:30 pm on Wednesday at a place called Tonisco, immediately after Potsin Junction.

In an interview with Adom News, some of the victims said, they were coming from Agona-Swedru to Accra and after going through Potsin Junction, they were accosted by about 18 young men.

They [passengers] were asked to hand over all their belongings, especially money and then ordered to lay on the ground while they stopped and attacked other travellers.

According to the passengers, none of the robbers sounded Ghanaian. They suspect they are all Nigerians.

Gomoa Dominsase District Police Commander, DSP Paul Ankan who confirmed the incident also confirmed the unfortunate incident to Adom News said the injured have been sent to the hospital for medical attention.

He said police patrols will be increased on the highway to avert similar occurrences in the future.