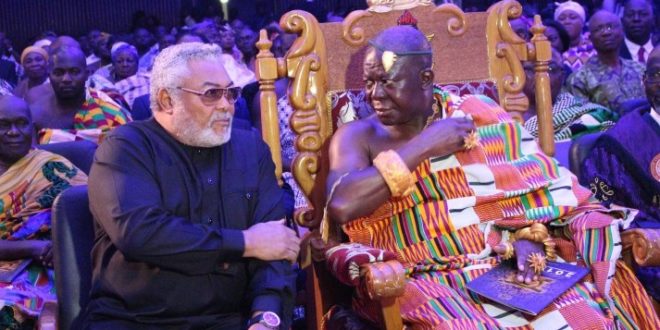 Although Rawlings wished to see his friend Otumfuo Osei Tutu in person at his mother’s funeral, it couldn’t materialize.

Live on TV, it has been confirmed that the Ashanti powerful King cannot make it to the final funeral rites although he was officially invited.

It has been confirmed on Joy News that the Asantehene Otumfuo Osei Tutu could not make it to the final funeral rites of Ghana’s former President Flight Lieutenant Jerry John Rawlings.

They explained that the King is out of the country and has delegated Nana Wiafe Ababio who is the Hemang Chief to represent him and perform all customary rites on his behalf.