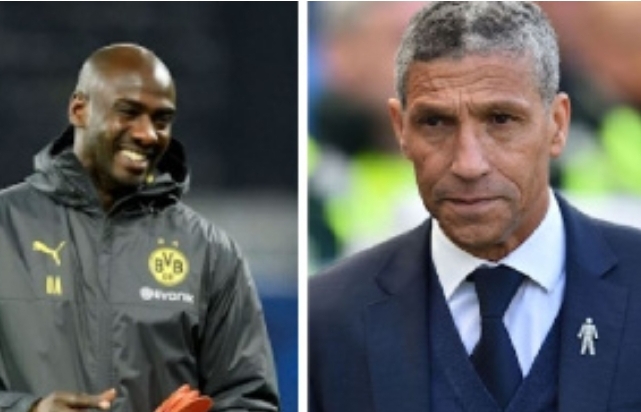 Otto Addo vs Chris Hughton Black Stars coaching: What we know so far

When a giant of African football falls catastrophically like the Black Stars did at the 2021 Africa Cup of Nations, the fallout is expected to be gargantuan.

The humiliation is expected to trigger an inquest that under normal circumstance will lead to massive resignations and dismissal of the chief architects of the debacle.

But in a country where taking the easy and more comfortable route in such situations has become a routine, it comes a little surprise the only casualty from the dismal performance in Cameroon has been the technical and management teams.

As usual, the cracks which were heavily exposed in Cameroon have been papered over by fixation with a World Cup play-off against sworn-rivals Nigeria in March.

Taking this route basically means that the FA has to as a matter of urgency find a new coach for the team either in acting capacity or in a substantive role.

The search for the next coach is therefore on and quite a number of issues have popped up from the hunt.

Below is rundown of events so far

On Tuesday, January 25, 2022, the Ghana Football Association announced the sacking of Milovan Rajevac.

The FA in statement said they have dissolved the management and technical committees of the team.

“The executive council after considering the three reports and engagements with key stakeholders has decided to end its relationship with coach Milovan Rajevac and also decided that the Black Stars management committee be reconstituted,” the GFA said in a statement.

“The association would like to thank Milovan Rajevac and the management committee the very best in their future endeavours.

On Thursday January, 27 2022, reports emerged that former Ghana international Otto Addo is under consideration for the job.

A source at the Ministry of Youth and Sports told GhanaWeb that Otto Addo and Ibrahim Tanko were high on the list of coaches being considered for the job.

Whether by sheer coincidence or planned action, rumors of Chris Hughton being in the race for the Ghana job clashed with his arrival in the country on Friday January 28, 2022.

The former Norwich coach who is a Ghanaian by virtue of his father is reportedly being backed by a member of the governing party to become the next Black Stars coach.

Chris Hughton furthered rumors of his imminent appointment with a meeting with the father of Chelsea star, Callum Hudson-Odoi on Saturday, January 29, 2022.

Hudson-Odoi is being courted by Ghana and Hughton’s meeting is said to be part of plans to persuade the winner to pick Ghana over England.

The report from the meeting is that Hudson-Odoi has agreed to represent the country.

Whiles Hughton was in Ghana, the appointing authorities were in Germany speaking to Otto Addo to accept the head coach role.

The FA as per reports are bent on Otto Addo who they see as the best leader for the project they intend to embark on.

Kurt Okraku was in Germany with Tony Baffoe to talk Otto Addo into stepping down from his Borussia Dortmund role to assume the Black Stars role.

Perhaps the biggest statement from the FAs camp so far, a member of the Executive Council of the FA said on Angel FM that Otto Addo is the best man to lead the team.

“Otoo Addo is the best choice now because he was the assistant for Milo and he has trained with the boys and they respect him so much.

The Minister of Parliamentary Affairs, Osei-Kyei-Mensah on Monday, January 31, 2022 said that he favored Chris Hughton over Otto Addo.

He argued in an Angel FM interview that Hughton is more experienced that Otto Addo hence deserved the role.

“Chris Hughton is a coach who knows how to build with average materials and that’s Ghana’s situation now,” Bonsu told Angel FM.

“Our materials are not good, so we need Chris to weld. Otto Addo is just a second coach for Dortmund.”

The President of the Ghana Football Association, Kurt Okraku was captured at a train station in Germany with Otto Addo on Tuesday, February 1, 2022.

According to Kessben FM, Chris Hughton on Tuesday held meetings with senior government officials including the president at the Jubilee House.

The alleged meeting was focused on his impending appointment as Black Stars coach.

Otto Addo has per media reports given the FA his word that he is willing to coach the Black Stars.

The publications on Wednesday, February 2, 2022 indicate that the meeting between the FA and Otto Addo was successful and that he has agreed to be Ghana’s coach.