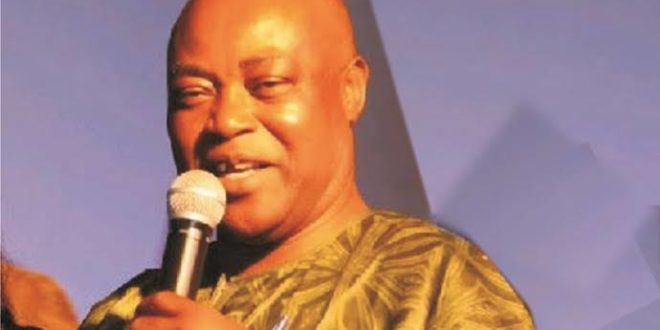 Share
The erstwhile National Publicity Secretary of the defunct new Peoples Democratic Party (nPDP) and chieftain of the All Progressive Congress, Chief Eze Chukwuemeka Eze, has reminded the leadership of the APC on his earlier advice nationwide electoral value of ex-vice President of Nigeria, Atiku Abubakar and its imminent implication on the Osun election, fell on deaf ears.
Eze who was reacting to the outcome of the just concluded gubernatorial election conducted by the Independent National Electoral Commission (INEC) in Osun state, wherein, the flagbearer of the Peoples Democratic Party (PDP), Senator Ademola Adeleke, defeated the incumbent Governor, and candidate of the All Progressive Congress, Gboyega Oyetola.
Recall that the Independent National Electoral Commission (INEC) had in the early hours of Sunday declared Adeleke winner with a total vote of 403,371 to defeat incumbent Governor, Adegboyega Oyetola of the All Progressives Congress, who got 375,027 votes.
Reacting, the APC chieftain,  Chukwuemeka Eze in a statement issued on Tuesday, maintained that the outcome of the concluded election in Osun state has reinvigorated the firm poise of President Muhammadu Buhari in a transparent and credible electoral process in the country.
He regretted that that the APC leadership ignored to study his personal counsel on Atiku’s electoral clouts, and instead, went and adopted the watery opinion of the party national chairman, Senator Abdullahi Adamu, who he alleged, merely asked the APC campaign council for the Osun gubernatorial poll and do whatever that is possible to win the election and let the opposition go to court.
Eze attributed the loss of APC at the just concluded governorship election in Osun state, to “planlessness” with caliber of party bigwigs and a battalion of federal appointees, and also linked the embarrassing defeat of the APC to PDP’s Adeleke to the incautious comment credited to the leader of the party and presidential candidate, Senator Ahmed Bola Tinubu, who bragged during the campaign finale of the party in Osun state, that “members of the labour party will labour to death”, with brazen disregard to the feelings and sensibility of the electorates to whom power belongs.
He further said the harsh comment sparked reactions and media rage across the country, painting the APC as a party that has very little or no regard to the power of the suffering electorates, reiterating that the APC must put its house together, to avoid another round set of defeats by the oppositions, as the nation approaches electionering year.
According to the party chief, “it is better we put our house in order if we are to survive the PDP onslaught come 2023 or else, we will bid Aso Rock goodbye”.
Continuing, Eze said Atiku Abubkar and the Peoples Democratic Party have proven the irrelevance of Rivers State Governor, Nyesom Wike, and his marauding political compadres who have allegedly constituted themselves into demi-gods, without whose membership and support the PDP will go into extinction.
The ex-nPDP national spokesman also maintained that Governor Wike’s reluctant posture on the Osun election was another factor that helped Senator Adeleke and the PDP to clinch victory in the concluded Osun election, as people of Osun State were ready to vote individual and to see, the Rivers Governor, was frolicking with their preferred candidate, who would have wrecked his chances of victory, because most conscious voters w
The South south APC stalwart further described Atiku as a clinical tactician and a revered strategist whose political pedigree worths very huge electoral fortune for any political family he belongs and dismissed claims by some leaders of the ruling APC who likened the ex-Vice President to their wives who could always be dealt with, describing the proponents of such fanciful fantasy as jokers.
Mr Eze, who is a known close associate of the former Minister of Transportation, Chibuike Amaechi, hinted that Atiku Abubakar is battle-ready and would fight like a wounded lion in the coming 2023 elections, having failed to clinch the Presidency in previoyud attempts, and knowing that this is the last attempt for him to occupy Aso Rock.
The Rivers APC chieftain, who used the opportunity to congratulate Senator Ademola Adeleke on his well-deserved victory in the concluded governorship election, and urged the new Osun Governor elect to be magnanimous in victory, put the people as his major priority and set up a government that will truly work for the future and progress of Osun state.
He further applauded Independent National Electoral Commission, for its professionalism and the Security agencies for ensuring a peaceful atmosphere, and particularly, the people of Osun State for responding through the ballots, with timeless creed that sums up the spirit of a people.
CLICK HERE TO DOWNLOAD PRESS RADIO MOBILE APP

Submitting, Eze highlighted that the new electoral act in operation coupled with the determination of INEC and the unbiased stand of President Buhari, election thieves who may still be relying on the defunct regime of rigging to win election in 2023, will definitely be disappointed, because, the will of the people will determine the outcome of every elections.
Source: Thepressradio.com| Nigeria|Chijindu Emeruwa
APC 2022-07-20
admin
Share