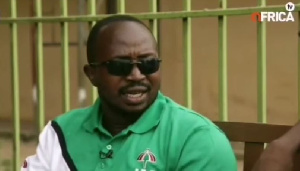 According to him, it is wise that as an individual working there is the need to amass wealth so you can give back to your parents and society for contributions made to your upbringing.

To Atubiga, it’s only a politician who led a wayward life who will retire poor.

“We are all trying to achieve something in life after schooling and wherever we find ourselves working so that we can give back to our families parents or society. No politician retires empty-handed unless they led a useless life.

Some people are lucky in life to achieve something in a shorter period when the opportunity comes their way. Some running businesses or something with others around political positions or work.

Unless one can prove of a man getting his wealth through ill or corrupt means, we should not crucify them. Everyman is an achiever for his family,” he stated.

Concerns have been raised after a list of properties acquired by the Director of Communications at the Presidency went viral on social media.

In a petition for a divorce which has been shared on various platforms, Eugene Arhin’s wife is demanding two million Ghana cedis and has asked that properties including 32 apartments, 5 houses, a barbering shop, and a number of companies and businesses which his wife failed to or ignored to list in her writ or didn’t know about.