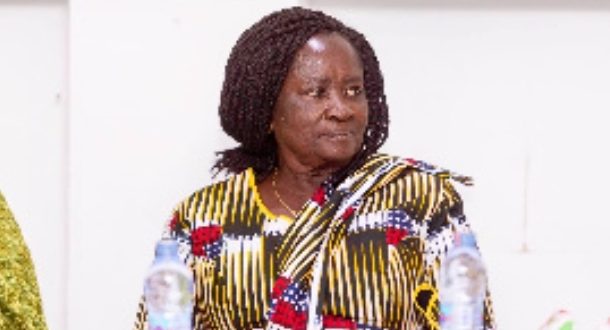 Dr Obed Yao Asamoah had stated that the 2020 running mate for John Mahama, Prof. Jane Naana Opoku Agyemang failed the party in the 2020 elections and did not add anything to the fortune of the party.

This is not the first time a party top figure is criticizing the 2020 running mate of the opposition NDC.

“The decision to make Naana Jane Opoku Agyeman as our running mate was very poor. She was a bad choice. She added nothing to our fortunes. I would say she was a monumental flop as running mate to President John Mahama,” he said.

In the case of Dr. Obed Asamoah, he believes it was a big gamble and mistake to have gone to the election with the former Vice-Chancellor of the University of Cape Coast.

Speaking in an interview on Joy News last week, Mr Asamoah said: “The lady who is a running mate to Mahama lost the Central Region in the last election. Lost a whole constituency,” and expressed fear this could repeat itself for the party in the 2024 general elections if Mahama settles on 2020 running mate.

According to him, the NDC must rethink sending Prof. Opoku-Agyemang once again as a running mate, saying that “there has to be some fresh thinking”

But in a sharp rebuttal, the North Tongu MP, Samuel Okudzeto Ablakwa who is also an aide to the NDC 2020 running mate said “she did a lot to the ticket”.

The North Tongu MP, Samuel Okudzeto Ablakwa, stated that even though he respects the views of Dr. Obed Asamoah, he disagrees with him.

“If you look for example at the Parliamentary elections, you’ll observe that the NDC came up from a deficit of having only 4 seats at the 2016 elections. We won only four seats with a 17.4% share, of the votes. After Professor Naana Jane Opoku Agyemang’s announcement, nomination, inclusion and her hard work, we moved from 4 to 13 seats with a greater share of the parliamentary votes of 56.52%. This is Electoral Commission’s data”, he said.