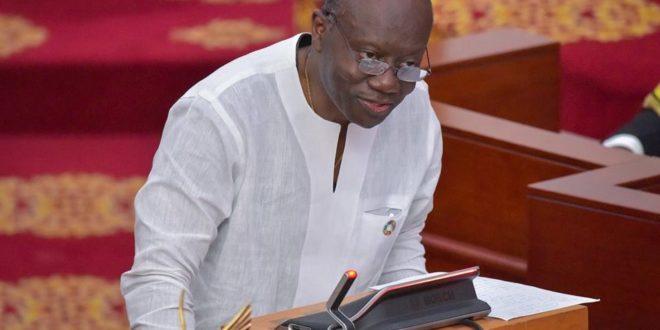 Minister-designate for Finance Ken Ofori-Atta has written to the Chairman of the Appointments Committee of Parliament to reschedule his vetting on health grounds.

The vetting was originally slated for today, Monday February 15,2021.

“I will travel to the United States of America to undergo a required medical intervention currently not available in Ghana. I am expected to be away for two weeks.

“Therefore, I kindly request your direction on arranging a new date for my appearance before the committee.

“The Ministry of Finance is available to discuss the necessary consequential processes to arrange an alternative date,x” Ofori-Atta stated in his letter to the Appointments Committee of Parliament.

Speculation was rife on social media that he had passed on into eternity.

However, his personal assistant, Michael Bediako, who is on the trip with him, announced with photo evidence that the Finance Minister-designate is alive and in good spirits.

“He is in good spirits. He sends his regards,” the text message concluded.

The message was accompanied by a picture of the minister-designate and his wife, Professor Angela, sitting at a waiting area at the John F. Kennedy Airport in New York.

The letter was copied to the Rt. Honour Speaker of Parliament, Alban Kingsford Sumana Bagbin, the Chief of Staff at the office of the President, Madam Akosua Frema Osei Opare, the Clerk of Parliament and the Chief Director at the Ministry of Finance.