Home / ENTERTAINMENT NEWS / SHOWBIZ KONKONSAH / ‘Odartey Lamptey has been through a lot, I want to read his book’ – Sarkodie 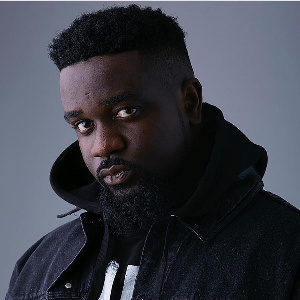 ‘Odartey Lamptey has been through a lot, I want to read his book’ – Sarkodie

Popular Ghanaian rapper, ‘Sarkodie’, has reacted to news of ex-Black Stars striker, Nii Odartey Lamptey, winning back possession of his East Legon mansion which his ex-wife dragged with him in court.

Following a court ruling on Monday, March 4, 2022, Odartey Lamptey was legally handed his property after battling its possession in court with his former wife for over nine years.

The ex-footballer was earlier reported to have parted ways with his wife after discovering neither of their three children was his.

Odartey was ordered to furnish Gloria with an amount of GH₵400,000 and his five-bedroom house in Dome as part of the divorce settlement and he obliged.

As though that wasn’t enough, ‘discontent Gloria’ asked for more by claiming ownership of her ex-husband’s East Legon mansion purchased for $100,000 in 1999.

She comfortably lived in that mansion throughout the divorce whilst the former footballer had to resort to renting.

But in a new development, Gloria who has been fighting to gain legal custody of the house since 2017 has lost her final appeal and has now been asked to vacate the premises.

Sarkodie, who seems to have been keeping tabs on all the happenings, took to Twitter to share his two cents on the issue.

Asides from stating that the ex-footballer has been through one hell of a marriage, Sarkodie says he intends to grab a copy of his book which was published in his honour, in Holland.

“Wanna read Odartey Lamptey’s book … man has been through it,” Sarkodie wrote on Twitter.

Titled ‘Nii Lamptey – The Curse of Pele’, the book details Odartey’s rise to stardom and throws more highlights on his football career.