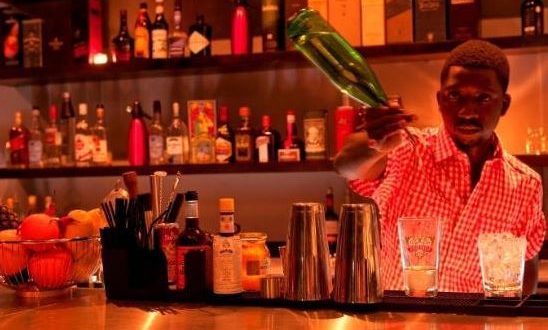 The Obuasi Municipal Security Council (MUSEC) has instructed pub operators to install CCTV cameras to capture minors who visit pubs in the Municipality.

The Security Council believes the measure if implemented will end the disturbing practice where minors in the area troop to the pubs to have fun.

The Municipal Chief Executive for Obuasi, Elijah Adansi-Bonah made this known when during a Townhall meeting.

He further revealed that the MUSEC has met and put measures in place to prevent communal violence which he said has been a dent on the image of Obuasi.

On his part, the Member of Parliament for Obuasi West Hon. Kwaku Agyeman Kwarteng said the decision to establish a Technical University with a specialisation in Technical and Vocational Education and Training (TVET) in Obuasi is still on course.

He said the contract has already been presented to Parliament awaiting another hurdle before the process can start.

Kwaku Agyeman Kwarteng who’s also the Chairman of the Finance Committee of Parliament urged the people of Obuasi to rally behind the Government to ensure that projects that have been earmarked to be implemented in Obuasi, see the light of day.