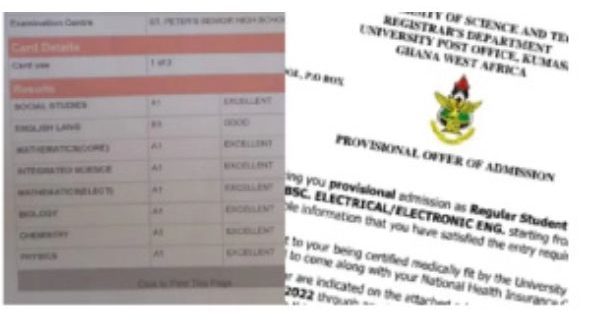 A St. Peters SHS Science Student hailing from Nsawam and completed Nana Osae Djan Basic School in the Nsawam Municipality who topped the Municipal with 7As and a B in the just-released WASSCE is unable to continue schooling due to financial constraints.

The Student, who turned 18 this year, Gabriel Kwaku Pobi, is the Overall Best WASSCE candidate this year in the Nsawam Municipality and received two offers of admission from the University of Ghana in Pharmacy and Electrical Engineering from the Kwame Nkrumah University of Science and Technology (KNUST).

He opted for Engineering but is unable to pay the admission fees.

Pobi’s parents who are peasant farmers in a village on the outskirts of Nsawam are unable to raise the over GHC6,000 needed to pay for his school fees and residential fees at KNUST where he hopes to pursue Engineering as a dream.

Reports suggest Master Pobi opted not to apply for Medicine which is traditionally the main interest of Science Students because it has been made a strictly Fee-Paying Course this academic year. Nevertheless, Pobi says he is passionate about Engineering.

His plight came to the attention of MyNewsGh.com Editors after his relative launched an unsuccessful appeal for funds to an individual to support the little boy. 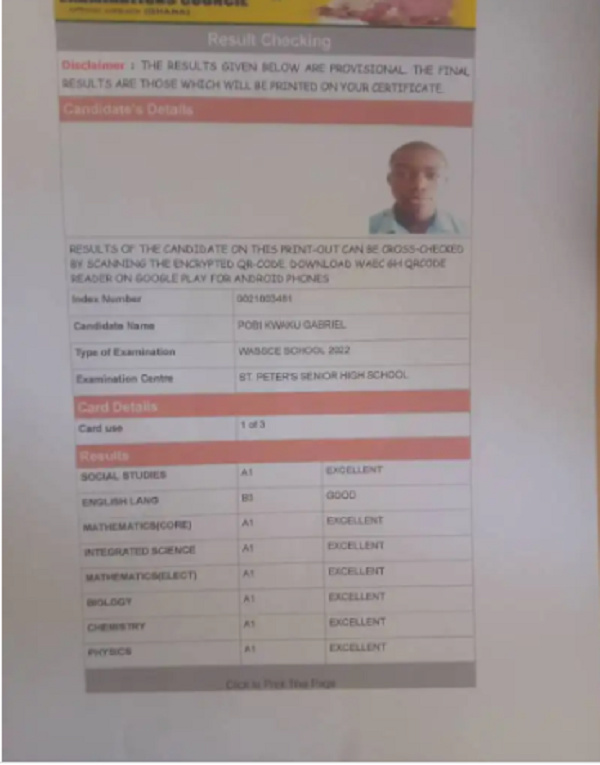 The basic School which has a consistent record of good performance in the BECE has pupils who are predominantly from poor backgrounds and who are usually unable to continue their education but for the Free SHS Program introduced in 2017.

Master Gabriel Kwaku Pobi who obtained 8 Ones in the 2019 BECE Then proceeded to St. Peter’s SHS in Nkwatia where he now obtained 7As and 1B.

Previous Juaso Chief, Cocoa Board sued for allegedly destroying 25-acre cocoa farm
Next A Soldier Beats His Wife After She Received A Call From Another Man