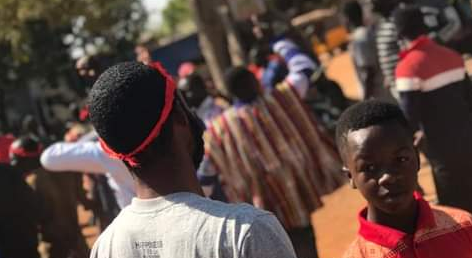 He was reportedly in a party branded pick up when the irate youth attacked occupants of the vehicle including his driver and seized the vehicle in the process.

The incident happened on Sunday at about 11:30 am, according to media reports.

“We returned from Brifor Chaa where we went for a campaign. So when we got to Lawra I asked the driver to go and drop some people who travelled from the village to support us in the campaign.

“So it was on his way that Karbo’s boys attacked him with cutlasses and took my vehicle away,” he told Accra-based Joy FM.

The Ghana Police Service, according to the NPP Chairman is investigating the case.

Upper West Regional Organiser of the NPP, Mustapher Goveh revealed that party executives have been brought to speed on the alleged attack.

According to him, Alhaji Mohammed Donkor has been accused of using the party’s pickup to campaign against the Lawra MP and Deputy Minister of Roads and Highways, Anthony Abaefaa Karbo.

But some party supporters claim the regional executives of the party have already taken sides in the feud between the Lawra MP and the party chairman.

Previous Use Your Muscles To Work But Not For Electoral Violence – MCE To Macho Men
Next GFA bows to Kotoko, agrees to allow clubs record matches