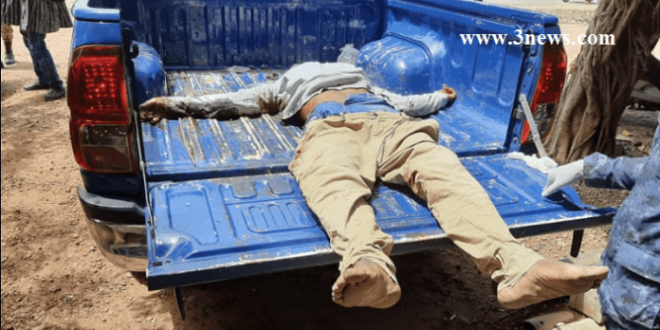 A man, who the police have described as notorious armed robber, has been shot dead at Kwayease, a suburb of Yeji in the Bono East region.

Ernest Akorli, also known as Jerigoji, who the police said had been terrorising the people of Yeji for some time now, last Wednesday robbed and sexually assaulted a 20-year-old lady after which he shot her in the head.

According to the police, the lady’s boyfriend with whom she was walking, was tied up by the robber before carrying out the crime.

The robber was said to have gone into hiding after the act.

According to 3news, on Monday morning, the police said they received intelligence on the location of the deceased following which a team was dispatched to effect his arrest.

However, the police said upon arrival at the scene, he attempted to escape but was pursued during which he opened fire on the officers, forcing them to also return fire leading to his death.

The robber’s killing sparked jubilation in the Yeji town.

The Yeji District police commander, Supt.  Thomas Owuahene, has meanwhile issued a strong warning to other criminals in the district to cease their criminal activities or face their wrath.