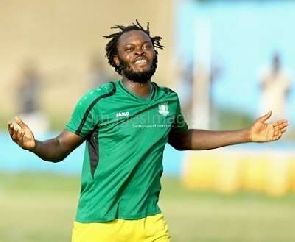 According to the captain of Aduana Stars, Yahaya Mohammed, it will be prudent for the GFA Normalization Committee to seek for the advice of former GFA Capo Kwesi Nyantakyi in their reformation of football in the country.

FIFA banned the former GFA Boss for life from all football-related activities (administrative, sports or any other) at both National and international level coupled with a fine of 500,000 Swizz Franc after a thorough investigation by Anas Aremeyaw Anas which expose bad practices in the game.

The Normalization Committee was then instituted to review the statutes of the FA, run the day to day affairs of the FA and organize elections.

The four-member committee led by Dr Kofi Amoah to has until March 31, 2019, to leave their post.

However, Yahaya maintains that outcast Kwesi Nkantakyi has a wide range of expertise when it comes to the administration of football and the Normalization Committee should tap into his prowess since they are struggling to run Ghana football.

The 31-year-old could not fathom why some journalist are defending the works of the Normalization Committee when he sees that they have done next to nothing since being at post for the past 5 months.