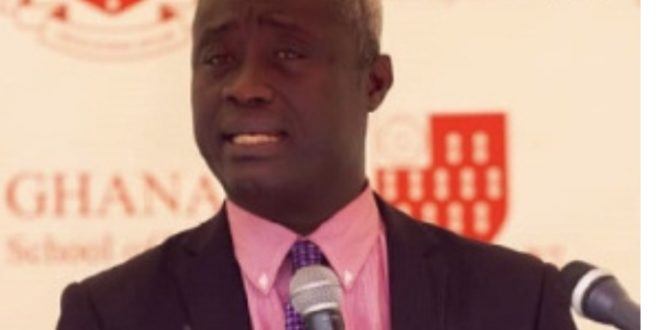 It is emerging that a Court of Appeal judge nominee, Maxwell Opoku-Agyemang, was implicated for illegally admitting students into the Ghana School of Law for the professional law course.

According to a document from the General Legal Council (GLC) Mr. Opoku Agyemang is reported to have been implicated during his tenure as the Acting Director of Ghana School of Law (GSL).

He is said to have admitted 10 students illegally, with the GLC, subsequently ordering the immediate withdrawal of the said students.

A section of the GLC report on the issue read in part, “Council decided that the ten (10) students who were identified in the Committee of Inquiry’s report as having been admitted illegally by the then Acting Director, Mr. Maxwell Opoku Agyemang should be withdrawn immediately from the Ghana School of Law. The Secretary to the General Legal Council was to convey this decision to the students.

“Council constituted a 3-member Disciplinary Committee made up of Mr. Amoako Afoko, Mr. Kwaku Gyau Baffour and Professor Raymond Atuguba to subject the then Ag. Director of the Ghana School of Law Mr. Maxwell Opoku-Agyemang, the Registrar and the Deputy registrar to disciplinary proceedings,” the document added.

The A-G, Godfred Dame, in a letter dated February 8, 2022 to the Chief Justice listed Mr. Opoku Agyemang together with ten others for consideration by the Judicial Council in order for the President to appoint them.

“This is in accordance with Article 144 (3) of the Constitution which states that “Justices of the Court of Appeal and of the High Court and Chairmen of Region tribunals shall be appointed by the President acting on the advice of the Judicial Council”.

However, Article 136(3) of the 1992 Constitution also dictates that, “A person shall not be qualified for appointment as Justice of the Court of Appeal unless he is of high moral character and proven integrity and is of not less than twelve years’ standing as a lawyer.”

Previous Fomena NPP office re-painted after aggrieved members ‘branded’ it in NDC colours
Next VIDEO: Mzbel is my sister, we grew up in the same neighbourhood – Asamoah Gyan