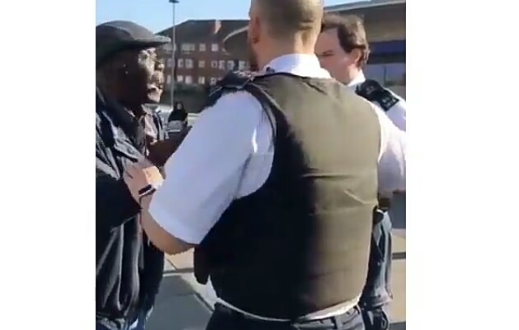 A Nigerian pastor, who was preaching in public in the United Kingdom has been arrested by the police for public disturbance.

In a video, the preacher was seen in an argument with two British policemen over the offence of disturbing public peace.

The man was seen dragging with the police men, telling them to repent.

When the police men approached the preacher, they first offered him the option of going away and desist from disturbing the public peace but the preacher ignored them.

The police officers warned that they may be forced to arrest him if he insisted and the preacher told them, “I can be arrested if you want…You better even make your life to belong to Jesus Christ.”

The police men handcuff him and took him away.