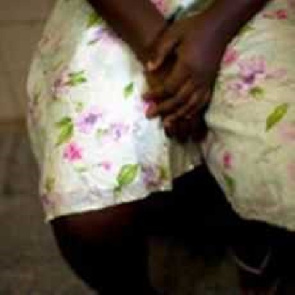 A 39-year-old Nigerian, Hezekiel Ifanyi, is in the coolers of the Tema Community One District Police for allegedly raping a 10-year-old girl February 8, 2019.

A police source told Awake News that the victim was on her way to the loo when the suspect invited her to buy kenkey for him.

The victim obliged and as soon as she approached the suspect to collect the money, he grabbed her by the wrist, drew her into his room where he unleashed his libido on her, without her consent.

The police source said the girl bled and fell unconscious, and sensing danger, the suspect bolted away. Some neighbours, however, later grabbed him and handed him over to the police, who had sent the victim to the Tema General Hospital, where she is receiving treatment.

Several ladies’ panties and toilet rolls, all stained with blood, were found in the room of Ifanyi, the police source disclosed to Awake News.

The police source said the suspect would be processed for court next week.