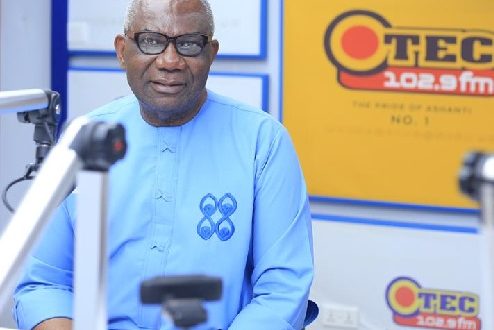 A former Minister of Energy, Mr Boakye Agyarko has advised New NPP National Executives to be firm and impartial in decision making n the discharge of their constitutional duties..

He said the National Executives must ensure that the laws in the party’s Constitution are applicable to ensure fairness for the party’s growth and development to enable them break the 8- year rule syndrome.

According Mr Boakye Agyarko who has declared his ambition to contest for the New Patriotic Party (NPP) 2024 presidential primaries after serving the party faithfully, loyally and hard  noted that the previous NPP National Executives never functioned.

Speaking on OTEC FM’S afternoon political talk show  dubbed ‘’Dwaberem’’  Mr. Agyarko was of the view that  leadership of some past executives, the immediate past executives failed to live up to expectations especially in implementing the party’s Constitution.

He explained that former national executives were not firm in decision making adding that they  had no proper relations with party folks especially the grassroots.

Citing an example, Hon. Boakye Agyarko touted how former leaders like Dan Rocha, Dan Botwe and the likes worked with passion and integrity to make the party attractive till date.

Mr. Agyarko therefore charged on the new leadership to emulate the Dan Botwe, Dan Rocha leadership style to make a difference which can enable the party make history and break the 8.

“I know the new Chairman and General Secretary very well and I believe they can do a good job but must be strong as the task ahead is not an easy one” he told  the programme’s host Dr. Cash.

Tags NPP National Executives must be firm and impartial