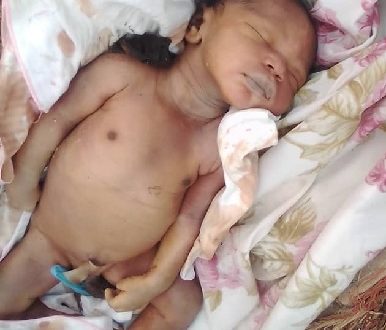 The lifeless body of an abandoned newborn baby has been found on a public refuse dump at Atasamanso in the Kumasi Metropolis of the Ashanti Region.

The body according to eyewitness was first left in a dustbin at the refuse dump before it was finally left at the area.

The baby according to report was discovered by residents who went to dispose of their waste in the wee hours of Thursday November 17, 2022.

An opinion leader in the area,Patrick Acheampong who visited the scene told OTEC News said  Police from Atasamanso police station on  the same day  collected and deposited the remains at the Okomfo Teaching Hospital morgue for further investigation

He added that, authorities in the area have mounted a search to find out who the perpetrator might be.