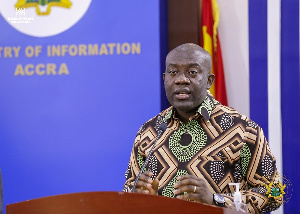 He made this known after a three-day retreat the president had with his new ministers at the Peduase Lodge to discuss his vision for their respective ministries with them.

The first batch of ministers were sworn into office by the president last Friday, March 9, 2021, at the Jubilee House in Accra.

President Akufo-Addo swore-in 28 of his 30 sectorial ministers on the which saw all but two of the ministers take their oaths of office.

The two outstanding, Ken Ofori-Atta, the minister-nominee for Finance, and Ebenezer Kojo Kum, the nominee for Chieftaincy and Religious Affairs, were not present because they are both indisposed.