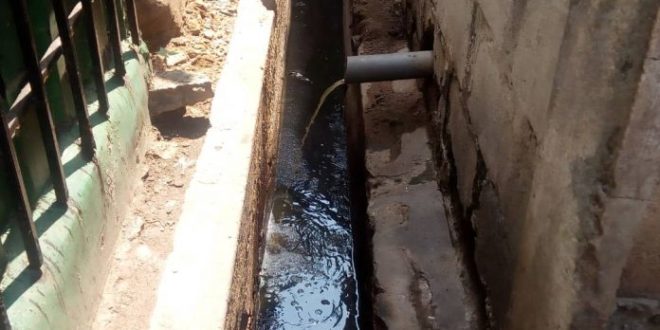 Traders at the central business city of the New Juaben South Municipality are worried over discharge of sewage from a public toilet in the central market into open gutters.

The practice, according to the traders, emits pong smell as the black water runs through several open gutters which pass through most densely populated and economically active parts of the Municipality.

They say, nothing has been done to stop the practice despite several complaints lodged at the Municipal Assembly.

“The sewage comes from the public toilet in the market, sometimes the stench is too strong that we can’t breathe. Even customers don’t come. We have complained several times which the MCE himself has been here but nothing has been done.

“This area, we sell food items in open place and other stores are here so this is a public health problem. But when we continue to talk they threaten to evict us from this area,” they told Starr News

The sewage where the discharge is done is closer to the central police station. Some police personnel shared similar concerns over offensive smell the discharge emits in the area.