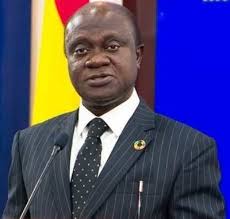 Action Patriots for Justice (APJ) can confirm that, one of the parliamentary seats on the must-get-list of the National Democratic Congress(NDC), is the Wenchi constituency, which professor Gyan Baffour occupies as the member of parliament.

In as much as we have credible reason to authoritively bet on Prof to maintain the Wenchi seat, we are also mindful of the secret shenanigans the NDC has hatched and have successfully succeeded in getting some constituency executives of the Wenchi NPP to compromise their stand towards unseating Prof Gyan Baffour.

There is one bussiness mogul called Alhaji, connected with the DVLA and also a bankroller of one of the candidates contesting professor Gyan Baffour. The agenda is to induced some of the Wenchi NPP constituency executives and some delegates with money, which the Alhaji has succeeded in doing, and then, have them work against the good professor to loose the coming NPP primaries.

This NDC’s Alhaji is a close friend of this loud mouth NPP candidate. The said candidate has been planted within the NPP, to make sure Prof looses the coming NPP primaries to his sponsored friend(the NPP candidate) then, he (Alhaji) activates his hidden ‘plan B’ for the NDC candidate to win the parliamentary seat.

The Alhaji had allegedly released Ghc30, 000. 00 each to three(3) out  of the seventeen (17) Constituency  Executives as part payment of the deal and the balance given after the primaries.

There is more to this plot than we see but sadly, the NPP candidate in question, aligned to this NDC mogul, has no clue that, he is being used by this Alhaji for the course of the NDC.

That is, after financially manipulating the primaries for his friend to win the NPP primares, it is the ‘plan B’ of this Alhaji to now withdraw and withheld all financial support., leaving his friend, the NPP parliamentary candidate in a limbo, and when that happens, it will affect and cripple his campaign financially to give the NDC candidate the upper hand to win the election.

The Wenchi parliamentary seat used to be for the NDC until Alhaji Moctar Bamba snatched it for the NPP in 1996 and it has been one of the long-maintained seats for the NPP but the NDC has vowed at all cost to take the Wenchi seat this time round, hence these agressiveness and machinations through this Alhaji who has succeeded in infiltrating the Wenchi NPP.

It is against this backdrop that, Hon. Kennedy Agyapong came hard on the Wenchi NPP and the executives on Net 2 TV last week, and warned them to stay focus, not to follow money and resist anything that will lure them to vote against professor Gyan Baffour.

Previous COVID-19 is killing the Broadcasting industry- GIBA, Radio managers cry
Next Coronavirus: There Is No Repatriation Flight For Ghanaians In South Africa – Ambassador