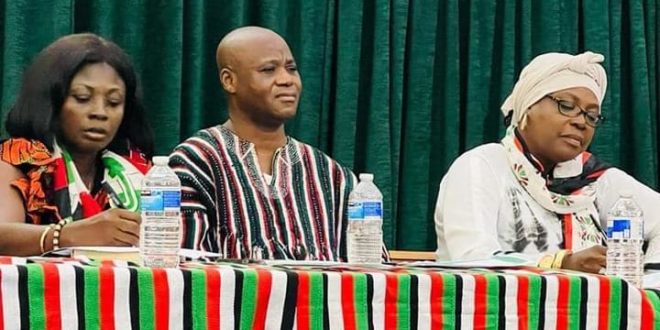 On Saturday, 24th September 2022, some NDC bigwigs from Ghana met the leadership and membership of the UK & Ireland chapter of the National Democratic congress.

In attendance to grace the occasion were the Deputy  General Secretary , Lawyer Barbara Asamoah and MP for Salaga South, Hon. Zuweira Mohammed Ibrahimah . The MCs for the occasion, comrade Alhaji Awudu Sannie, Deputy  NDC UK/Ireland chapter secretary and the chapter organizer, comrade Adamu Musah in a charged atmosphere, led members present in singing the party’s anthem and paying tributes to fallen comrades and wounded in the 2020 general election in Techiman South and other parts of Ghana due to the mayhem caused by the NPP vigilante groups.

In his speech, the NDC UK & Ireland Chapter Chairman, Alhaji Alhassan Mbalba hinted on some of the challenges the current executives encountered when they took up the leadership mantle. Citing COVID 19 as one of the primary global issues that impeded the activities of the chapter in the run up to election 2020, Chairman Mbalba added that the chapter managed to inaugurate branches in Reading & Berkshire, East London, Telford, Scotland and Republic of Ireland in spite of all the difficulties. He further stated that West London, Swindon and Hampshire/Surrey and Leeds/Bradford branches just to mention but a few are also in the pipe line and very soon all these branches will be inaugurated.

Again, with welfare of members being one of the core tenets of the chapter, chairman Mbalba highlighted some proactive measures that was institutionalised to ensure members who were confined in their homes received some support. He further intimated that the leadership is not resting on their laurels but rather extending their tentacles to propagate the good message of the incoming president of Ghana, John Dramani Mahama and the NDC in every the nook and cranny within the United Kingdom.

He further conveyed to all present, a directive from Accra in relation to the upcoming branch election  and the need for all contestant to treat each other with the uttermost respect. This according to chairman Mbalba will reduce the time needed for healing after the internal election and make the peaceful resolution of election dispute easier and faster.

In summing up his speech, Chairman Mbalba, encouraged members present to acquire the Ghana card as it will be needed during the registration process for election 2024. He urged members to leave no stone unturned until victory is won in 2024. He stressed on the need for the party to eliminate any form of complacency but rather continue to work hard as the wind of change in election 2024 could be felt even for those of us in the diaspora.

The MP for Salaga South, Hon. Zuweira Mohammed Ibrahim in her address, first congratulated all members of the UK & Ireland Chapter for still believing and staying loyal to the  ideals and principles of the party despite all the setbacks in election 2020. Indeed, there were major events according to Hon. Zuweira,  that obviously compelled the party to revisit it’s approach going into any future election but the incoming president of Ghana, President John Mahama, in one of his submissions made reference to the party not going back to the court to seek redress on any electioneering dispute due to the polarised and partisan nature of our current  judicial system under the ruling NPP. 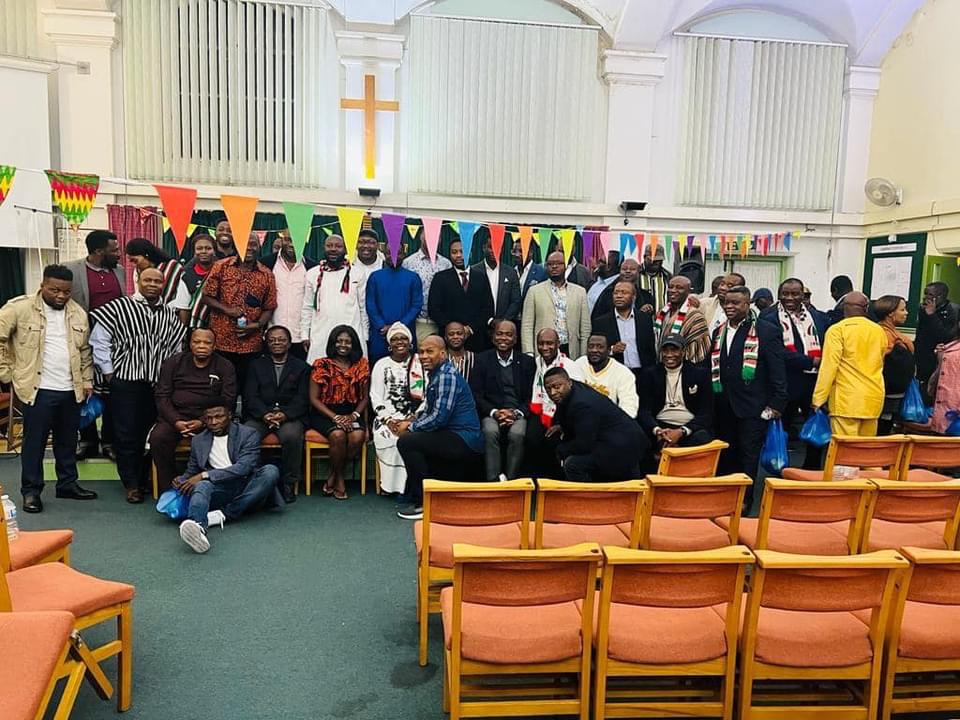 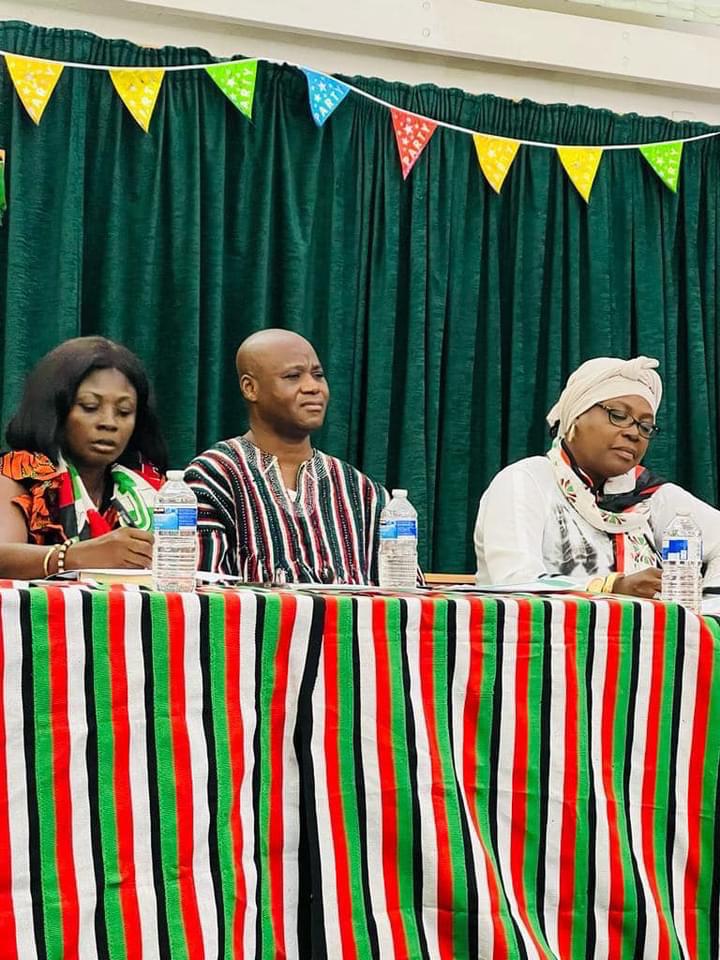 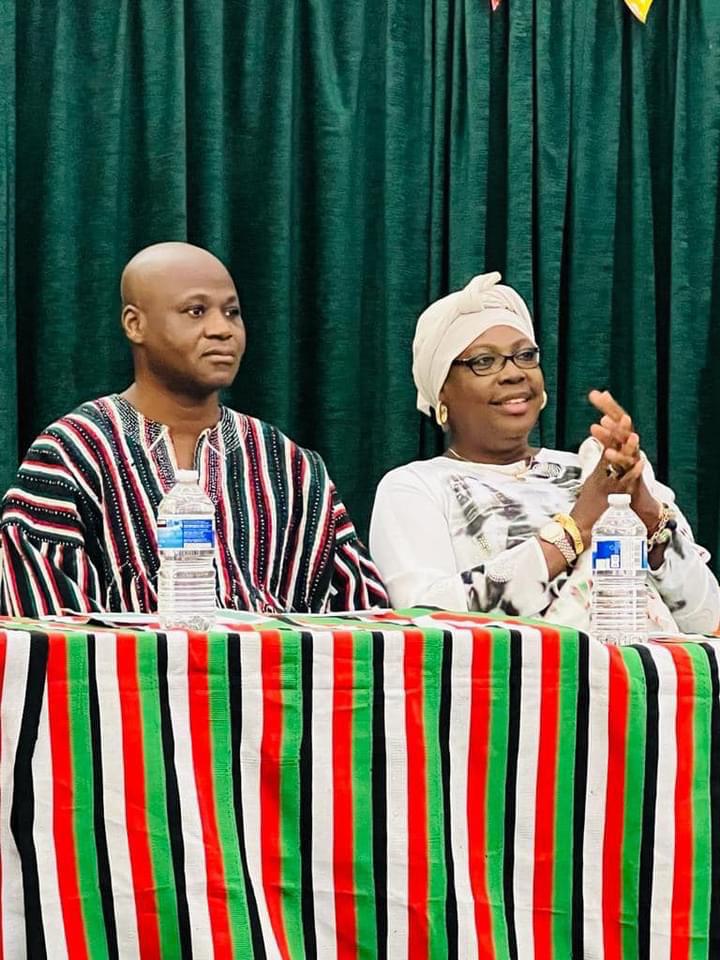 This implied that a thorough feasibility study must be carried out in terms of availability of logistics and skilled labour to take responsibility for some of the technicalities at the polling stations and coalition centre during the vote counting and certification. It is in view of this, coupled with the hardship Ghanaians are going through, that she made a humble plea to all and sundry within the rank and file of the party to come on board to contribute their widow’s mite both in cash and kind in order to propel the party to victory in election 2024. She however encouraged all party faithfuls to be actively involved in registering their families for the Ghana Card within the UK especially with the possibility of ROPA taking effect in 2024.

Ghanaians and the NDC according to Hon. Zuweira must see election 2024 as a rescue mission that posterity wouldn’t forgive us if we fail. She stated that Ghana has nowhere to turn to other than the NDC and that is why its imperative we learn to forgive quickly especially during our internal elections so we can unify our front since the actual enemy awaits us in 2024.

The Deputy General Secretary for the party, Lawyer Barbara Asamoah was thankful to the chapter leadership for such a warm reception and praised the executives for being resolute in committing their time and serving the party diligently. She highlighted on the good contributions from the chapter going into election 2020 and how the chapter leadership has meticulously coordinated affairs of the chapter to the admiration of other national executives.

Lawyer Barbara Asamoah quickly added  that despite all the efforts and commitments, the NDC as a party is still in opposition, meaning the job is not done yet hence the need to continue being consistent in pursuit for victory in election 2024.

Touching on the abysmal performance of the Akufo-Addo led administration, Lawyer Asamoah expressed serious concerns on the current poverty index of Ghana and the undulating prices of commodities due to the depreciation of the Ghanaian cedis and excessive borrowing. She said as a party, the NDC has on several occasions made concrete recommendations to the NPP on how best to manage the economy through its MPs in Parliament but as faith may have it, the Akufo-Addo’s led administration has rejected all good counsel as well as constructive criticism and rather held on to politics of deception and self-proclamation as financial connoisseur despite all the hardships bestowed on the average Ghanaian.

Touching on the high level of insecurity in the country, Lawyer Asamoah stressed on how there was never a day without issues on robbery or vigilantes using party colours of the NPP to victimize the innocent Ghanaian.

She observed that issues about galamsey and how it is destroying our water bodies are best left unsaid especially when government players rob Peter to pay Paul by preaching virtue but practicing vice. She added that all these are salient issues not only making the government of the day unpopular but rather making Ghanaians miss the leadership of the NDC and president John Dramani Mahama.

Lawyer Asamoah enumerated some structures in place within the NDC to ensure events in the past in Ashanti region does not repeat themselves in future electioneering process in the history of our beloved country. Changing of figures on pick sheets, padding of results and victimizing polling agents in some polling stations across the country were observations presented by several party agents in the Ashanti.

The party has therefore taken steps to ensure all polling agents are well protected to discharge their duties freely without any form of intimidation or fear.

In conclusion, the main Speaker for the  event, Lawyer Barbara Asamoah, advised all members never to underrate the extent that their contribution could go in pushing the party back to power in 2024. She said that all ideas are welcome, and members must also be available to take up party duties and responsibilities for the greater good of Ghana.  According to Lawyer Asamoah, election 2024 is very promising but its too early to call the shots as the Ghanaian political terrain has changed in the last few elections hence, we should be more focused to the very end.

Lawyer Barbara Asamoah’s speech was followed by an open forum led by the Chapter Secretary comrade Michael Dzidula Kudiabor. All questions were well answered by the guest speakers and the Chapter Leadership to the admiration of everyone gathered for the occasion. The deputy chapter women Organizer, Madam Rebecca Anoon gave vote of thanks to sum up appreciation of the chapter leadership to everyone who travelled from far and near to see to the success of the programme especially the invited guest from the party head office.

Previous This is why having sex for long can kill you, it should be 7 minutes – Gynaecologist
Next Patricia Ofori-Atta Of Zoomlion Receives Award At Maiden GESA