According to the party, the punitive action is in accordance with article 46 of the party’s constitution.

A statement signed by the Regional Secretary, Theophilus Tetteh Chaie stated that the matter has been referred to the Constituency Disciplinary Committee for further action to be taken. 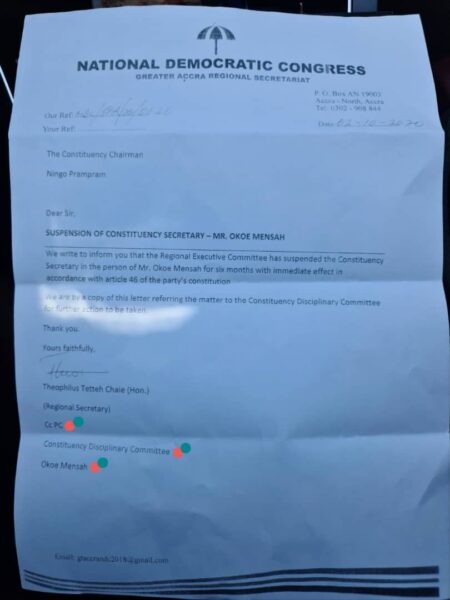 Mr. Okoe Mensah’s suspension comes after he accused the incumbent Member of Parliament for the area, Sam George of being behind an indiscriminate shooting incident that took place at Mobole on Sunday, September 27, 2020.

He called on the MP to render an unqualified apology to the chief, youth and people of Mobole for the alleged action.

But Mr George vehemently denied the allegations levelled against him.

In a statement, he said that at no point in time was any weapon discharged during his visit to the Mobole electoral area. 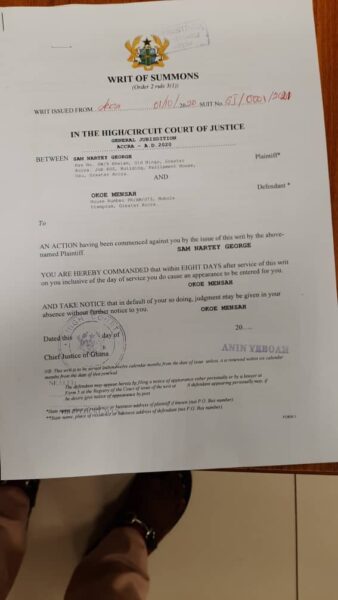