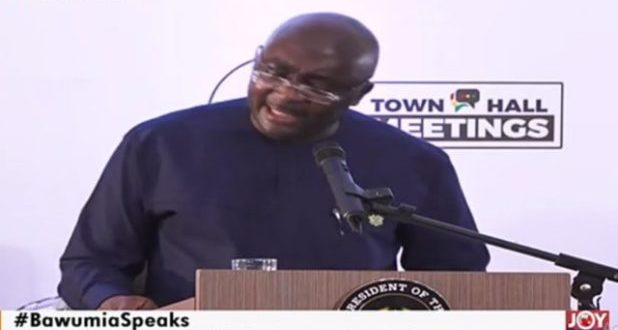 Vice President Dr. Mahamudu Bawumia has taken a dig at the opposition National Democratic Congress’ (NDC) explanation for the depreciation of the cedi.
The opposition party had trumpeted a popular quote from Dr. Bawumia that “if your fundamentals are weak, the exchange rate will expose you” to show that NPP government had also failed in the management of the cedi.

But speaking at a town hall meeting on Wednesday, Dr. Bawumia insisted that the fundamentals are strong and described such arguments as warped.

Dr. Bawumia made the comment in one of his lectures ahead of the 2016 election campaign.
The cedi had depreciated by 40 percent during that period, a situation that angered many Ghanaians and contributed to the NDC’s defeat.

In Dr. Bawumia’s analysis, if the fundamentals which highlight the management of the currency and economy are strong, the cedi will not depreciate.