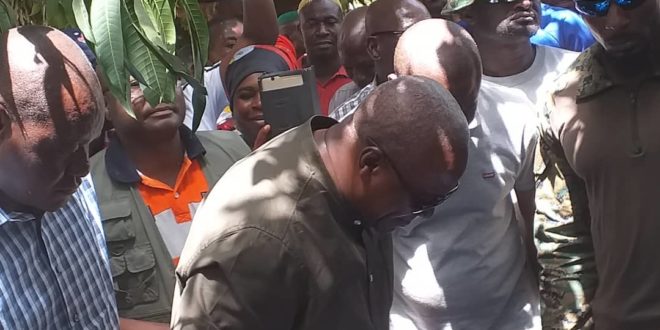 Former President Mahama has assured party faithfuls in Bole in the Bole-Bamboi constituency of the Savanna region that the NDC is always very strong after every presidential primaries.

Speaking shortly after casting his ballot at Hill Top,a suburb of Bole, Mr Mahama addressing the media assured everybody that there will be unity in the party after today’s polls. He sited previous primaries as examples that saw everyday rallying behind late Former President Atta Mills getting support from other contestants after the primaries to win power.

Mr Mahama also touched on vigilantism and how President Nana Addo led in the introduction and training of vigilante groups in 2015 by bringing into Ghana Serbians to train them. He also accused President Akuffo Addo of recruiting them into various security services after winning 2016 elections.

Former President Mahama said the NDC and other political parties aside the NPP had machomen who helped in security matters of their party without teaching them how to handle weapons but the NPP went extra miles to train their people how to shoot guns,creating problems in the country.

Mr Mahama further touched on some special constituencies that are under curfew and asked delegates to vote earlier before 5 PM so that counting can be done in time.

Mr Mahama assured party faithfuls that victory is on his way and urged them to come out in their numbers to vote for him.

Earlier this morning on his way to Bole,former President Mahama made a brief stop at the Wa Central constituency polling centre to observe the voting process.