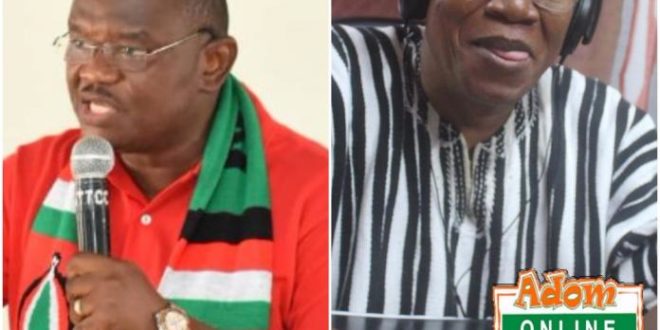 While voting is progressing smoothly in most parts of the country for the National Democratic Congress (NDC) elections to elect a flagbearer, there appears to be trouble in the Ningo Prampram Constituency in the Greater Accra Region.

Adom News reporter, Isabella Gidiglo has reported that voting was yet to start at the designated polling station almost two hours after voting has started across the country.

The situation, according to her, has resulted in agitations from anxious delegates who are beginning to be impatient.

While the ideal register must contain names from 92 branches, each containing 9 delegates, the register in contention has only 89 branches.

The situation means there are 27 names missing on the electoral register, causing the polling agents of candidates, Sylvester Mensah and Joshua Alarbi to protest against the start of voting, Isabella has reported.

The hitch has been confirmed by the Greater Accra Regional Chairman of the party, Ade Coker, who has attributed the situation to a typographical error.

He has, however, assured of moves by his outfit to get the issue resolved for voting to start.

Stay with us as we bring you all the needed updates on the NDC elections from every nook and cranny of Ghana.

About 280,000 delegates across all 275 constituencies plus three specially-created polling stations are expected to cast their ballots.

Seven members of the party are vying for the single slot to battle the ruling New Patriotic Party in the 2020 elections.

Previous I see ‘no winner’ in Nigeria 2019 polls – Islamic Cleric who predicted Akufo-Addo, Buhari win
Next Julius Debrah casts his vote in the Suhum constituency