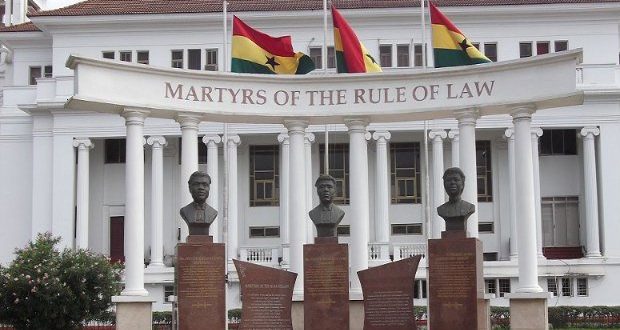 The National Democratic Congress (NDC) will start its legal challenge of the results of the December 7, election today, 30th December,2020.

The date is the last day of the mandated 21-days given under electoral laws for any aggrieved party in the election to file a legal challenge of the process.

A member of the opposition party’s legal team, Rockson Nelson Defeamekpor told host of Newsfile, Samson Lardy Anyenini that the party will be challenging both the presidential and parliamentary elections.

“We’ll go to court. We’ve made that clear… Certainly, by Wednesday, all these matters would be placed before the court,” he said on Saturday.

Mr Dafeamekpor also noted that the Electoral Commission on several occasions flouted the laws governing the conduct of elections.

This, according to him, is what motivates the NDC to seek legal redress to ensure that the acceptable ways of conducting Ghana’s electoral process are adhered to.

“If the EC will be willing to comply with the law that will end the matter. It is not about declaring the seat in our [NDC] favour, that is not what we’re saying.

For nearly two weeks, supporters and sympathisers of the NDC have organised numerous street protests following the declaration of Nana Akufo-Addo as President-elect in the just-ended polls.

His position has since been backed strongly by NDC supporters who have hit the streets to demand that the announcement be overturned.

However, the Campaign Manager of the governing New Patriotic Party (NPP), Peter Mac Manu, who was also on the show said they will squarely meet the NDC in court.