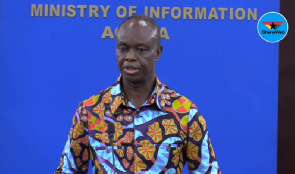 Chief Executive Officer of Network Broadcasting Company Limited operators of Radio Gold, James Agyenim-Boateng, has said his outfit made numerous attempts to submit required documentation to the National Communication Authority (NCA) for the purposes of renewing the frequency authorization but the documentation was inexplicably rejected by the regulatory body.

This follows claims by the NCA that Radio Gold was operating without valid authorisations as determined by the 2017 FM Broadcasting audit and is being shut down with immediate effect as an enforcement action in view of the decision of the Electronic Communications Tribunal.

Officials of the NCA stormed the premises of Radio Gold and Radio XYZ with armed security personnel and ordered their immediate closure on Thursday, May 5, 2019.

The two stations were handed letters detailing the reasoning behind the order and asked to re-apply for a fresh license if they still wished to operate as Frequency Modulation (FM) radio stations.

But according to a statement copied to GhanaWeb, Mr Agyenim-Boateng stated that Radio Gold at all material times have been engaging officials of the NCA through its lawyers on the matter of renewing the frequency authorization but the unexplained rejection of their documentation considerably stalled their renewal process.

“We had hoped that any action of the sort undertaken by the NCA on Thursday would have been preceded with prior and adequate notification,” the statement said further.

“It is regrettable that Radio Gold was shut down by the NCA at a time the station was providing intermittent live coverage of the press conference by the Council of Elders of the National Democratic Congress (NDC) at its headquarters.”

Mr Agyenim-Boateng believes the closure of his station by NCA officials is high-handed and runs contrary to the spirit of engagement that has existed between the NCA and Radio Gold.

He said the legal representatives of the station will “continue to engage the NCA with the view to resolving the matter in issue to ensure the quick resumption of our normal programming.”