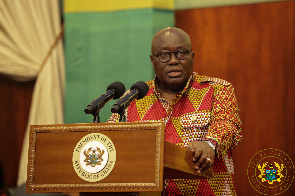 The Ministry of Health has refuted claims by some unemployed nurses that President Akufo-Addo lied when he said the government had granted financial clearance for the employment of over 14,000 graduate nurses during his presentation of the State of the Nation Address.

The Ministry in a statement said it had indeed received clearance from the Ministry of Finance to recruit over 14,000 graduate nurses in April 2019.

The President of the Coalition of Allied Health Professionals, Bright Bell, in a Citi News interview following the president’s address said nurses who graduated in 2016 have still not been posted.

He expressed regret at President Akufo-Addo’s announcement that the government was working to grant financial clearance to 2017 and 2018 graduate nurses when 2016 graduates were yet to be recruited.

“We have completed in 2016 and 2017 and we are still at home. So if they talk about arrangements for our junior colleagues to be cleared, then we are at a lost because we are still waiting for our clearance. I think that facts must be laid bare so that we can all understand the situation,” Bright Bell said.

Bright Bell’s reaction was supported by other nursing groups who said they were yet to be employed.

But the Health Ministry in its press statement said President Akufo-Addo did not err in his statement and that the names of those recruited can be verified.

“[The Health Ministry] wishes to reiterate the President’s statement that it has received financial clearance from the Ministry of Finance to employ 14,254 nurse assistants (clinical and preventive) from government nursing training institutions and the names have been verified by the Nursing and Midwifery Council,” the statement said.

The statement issued by the Ministry, and signed by Nana Kwabena Adjei-Mensah, the Chief Director of the Ministry, indicated that postings to the various health agencies were ongoing and nurses can contact the ministry for updates on the process.

Previous You made our primaries peaceful despite initial skepticism – NDC commends Police
Next Today in History: Kwame Nkrumah’s overthrow