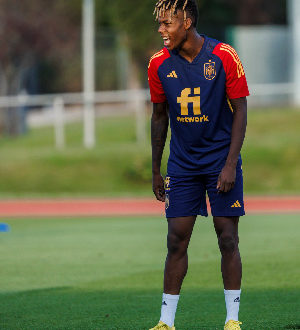 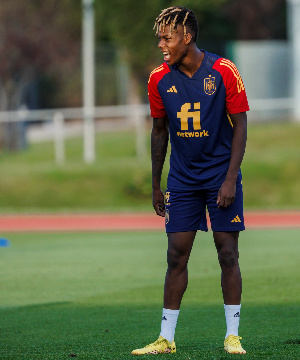 Spanish-born of Ghanaian descent, Nico Williams has revealed that his mother wept after he was handed a maiden Spain call-up.

The 20-year-old who has been courted by the Ghana Football Association for years has been named in Spain’s squad for their UEFA Nations League games against Portugal and Switzerland.

The Athletic Bilbao forward speaking to the MARCA revealed that his mother could not hide her joy after the call-up.

“I’m a regular in the U21s, but I didn’t expect the call from Luis Enrique. I started screaming in the living room at home and my mother hugged me and started crying. Even my brother (Iñaki Williams) stayed a while. little misplaced, he didn’t expect it either. He’s very happy for me, very proud. He told me that I have to work and keep my feet on the ground,” he revealed.

The 20-year-old player also gave his opinion about the racism that exists in Spain.

“Luckily, I haven’t experienced it first-hand, but I have seen my brother a bit annoyed in that aspect. I think it’s football stuff and I hope that those people think and reflect on what they do and that this ends. No one is born racist. It’s a matter of education, both at home and at school,” Nico explained.