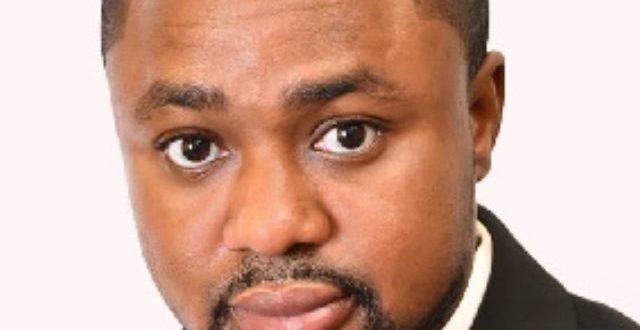 The matter is in court, Wonder Kutor fights back

The SRC President of the Ghana School of Law, Wonder Victor Kutor, has denied all claims of wrongdoing levelled against him by some other executives of the student’s body regarding the purchase of a Toyota Corolla vehicle for the school.

Speaking for the first time with GhanaWeb since news broke on the incident, he said that throughout his life in public service, he has held his integrity intact and stayed away from anything which will dent his image and that of his family.

Kutor, who is currently in the United States of America on an official SRC visit together with other executives, said he found the allegations of corruption against him very unfortunate.

“I have seen leaders across the world suffer these hate attacks when you seem to be doing the right thing in the interest of your people but it is well,” he explained.

He told GhanaWeb that the matter is in court and so he wonders why there would be a rush for him to appear before an independent investigative committee which, for him, does not have such powers under the SRC constitution.

“As law students, we need to uphold the fundamentals of the laws and to a very large extent, the constitution. We cannot be seen to be engaging in activities which are contrary to established rule of law,” he said.

A notice dated April 11, 2022, and issued by the Secretary of the SRC, Safo Kwame Oheneba, stated that the SRC President, Wonder Kutor, has been asked to step down for an independent investigation to be carried out into the purchase of the car after a meeting by the Executive Council resolved same.

The decision to set up an independent investigative body, which has up to 14 days to come out with a finding, was reached after the executive council said the answers he (Wonder) provided during a probe were deemed unsatisfactory.

The executive council, in what was said to be a majority decision, asked the SRC President, through that letter dated April 11, 2022, to step down.

Reacting to this, the SRC President indicated that he was elected to serve the interest of the students, which he has been doing as far as it is within his power under the constitution of the school’s SRC.

According to him, as a president, he respects due processes and will be willing to avail himself to any constitutionally constituted body, but unfortunately, the supposed investigative committee which has been put together by some of his colleagues does not have the mandate.

In view of the request for him to step aside and his inability to comply, Wonder Kutor explained that the school’s SRC constitution does not recommend for any executive member to step down in the event where an allegation of impropriety has been levelled against such an executive member.

“This matter is in court, I cannot really go into details because it may amount to contempt. I will not like to be the one who will be cited for contempt but all I can say is that these things happen to people all over who appear to be progressive and development-oriented.

“It is true the cheque issued for payment for the purchase of the car was GH¢71,000. The components of it are that the car itself cost GH¢62,000. The remaining amount covers one-year comprehensive insurance, the cost of branding and the cost of registration.

“I cannot believe the SRC executives, which I have taken as my brothers and sisters, working as a family with to leave lasting legacies for our year group, will conspire this way against me when they know the truth, but such is life,” an emotional Wonder Kutor added.

The President of the Students Representative Council (SRC) of the Ghana Law School has come under fire for what is described as corrupt practices to enrich himself at the expense of the students he swore to represent.

In a letter dated April 11, 2022, the Executive Committee of the School has directed the embattled President to step down as it takes steps to investigate issues regarding the purchase of a vehicle.

“On Wednesday 6th April 2022, the Executive Council of the SRC probed the President about his ownership of a car sold to the SRC bearing the chassis number 2T1BURHE0EC043574.

The answers provided by the President were deemed unsatisfactory,” the statement said.

“It further indicated that “Following a majority decision of the Executive Council, the Executive Council has resolved to set up an independent committee to investigate the purchase of the said vehicle and ascertain the complicity or otherwise of any other person or executive involved. This committee would be devoid of any executive member and composed of three persons tasked with providing an opinion report as well as a recommendation of proposed steps within 14 days”.

It further added that “Pending the investigation, members of the Executive Council have advised the President to step down until the findings of the committee are complete”.

According to information available, Wonder Kutor is on the brink of being impeached after he has been embroiled in several financial malfeasances and inflating of prices of products purchased for the SRC among others.

He is said to be on record to have used his company Submaxinn Consult to sell a faulty Toyota Corolla to the Kumasi campus of the Ghana School of Law; a car which has since broken down after one trip from Accra to Kumasi.

Also, the SRC President Wonder Kutor is said to have used his company “Wonder Consult” to run the SRC owned mobile money business and proceeds are going to him instead of the SRC.

Worrying is the fact that Wonder bought a Toyota Prado after he sold his Corolla to the Students Representative Council (SRC) and is being chauffeured by two drivers who are on the SRC’s payroll.

Previous NPP Council of Elders summons Wontumi, others over election disputes in Ashanti Region
Next One-month-old baby abandoned in a porch at Akatsi