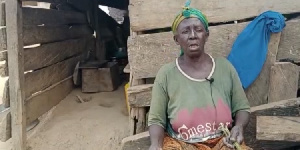 My children say I am useless’ – Widow cries

70-year-old widow, Afia Duku is in pain as her children have abandoned her because they claim she did not help build their future.

The mother of eight said her children accuse her of not supporting them further their education after they completed basic school despite the difficulties she was going through.

She said life wasn’t smooth even when her husband was alive and it was through her efforts that most of the children were able to go to school.

The widow said after the demise of her spouse, life was difficult but she managed to single-handedly cater for the children till they grew up. Sadly, she said they do not recognise her efforts and have abandoned her for refusing to support their education.

“My children are not with me and they don’t visit me too. When their father died, they were little so I struggled to cater for them but they claim I did not do anything to support their future. I cry all the time out of pain. I only hear from them through one of their friends so I know they are alive” She told crimecheckghana.

The poor woman said life hasn’t been fair to her as she struggles to feed herself and get medical care.

She said she relies on gifts from neighbours because her broom business is not profitable.

“I was admitted to the hospital and I couldn’t pay my bills. It was a benevolent individual who paid for my discharge. I have been starving and this room I live in was offered to me by another benevolent neighbour after the former house I lived in collapsed. Life has not been easy.” She said.

Crime Check Foundation, CCF is appealing to the public to come to the aid of the poor widow. 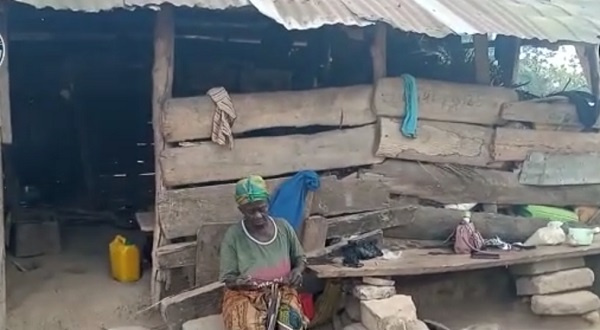